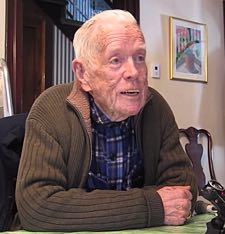 BOSTON, Mass.—John J. “Wacko” Hurley, the reason why equality was not a part of the South Boston St. Patrick’s Parade, has stepped down, according to a report from the Dorchester Reporter.

Hurley often had the last word as to who would march in the Parade or not. The 84-year-old veteran has been well known by both sides of the fence for his anti-gay stance in the traditional Parade. The AWVC’s decision not to allow Veteran’s for Peace (VFP) to be a part of the Parade either, prompted the formation of the St. Patrick’s Peace Parade five years ago.

For more information on Hurley’s decision to step down visit the Dorchester Reporter.