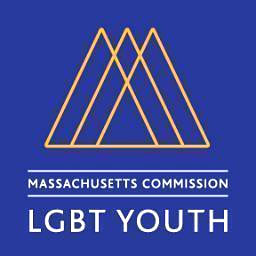 BOSTON, Mass. — The Massachusetts Commission on Lesbian, Gay, Bisexual, and Transgender (LGBT) Youth lauded the Massachusetts Senate for its adoption of amendments to fund the Commission’s work and to expand the definition of bullying to encompass all school personnel in the state’s landmark Anti-Bullying Law.

“This is a tremendous victory for LGBT youth in Massachusetts,” said Julian Cyr, Chair of the Commission. “We know that LGBT young people continue to face harassment, violence, and poor health outcomes. The unanimous vote in the Senate reaffirms the strong bipartisan support for our youth and the Commission’s efforts.”

Senator Gale Candaras (D-Wilbraham) filed an amendment during debate of the Senate’s budget for Fiscal Year 2014 (FY14) to appropriate $250,000 to the Commission to expand its capacity to provide training and technical assistance in schools around issues of gender identity, bullying, and Gay/Straight Alliances (GSAs), and to improve school climate. The amendment, ‘Technical Assistance to Schools on Anti-Bullying,’ was adopted unanimously on a voice vote.

“After working on a particularly heartbreaking constituent case involving a young man who was kicked out of his home when he came out to his parents, I saw firsthand the impact of the LGBT Youth Commission and all that they do to protect young people across the Commonwealth,” said Senator Candaras. “I was happy to sponsor the amendment, and I appreciate the bipartisan support for this measure.” [pullquote]The current language of An Act Relative to Bullying in Schools, signed into law in May 2010, defines bullying as perpetrated only by students. Senator Tarr’s amendment broadens the definition to include educators, administrators, school nurses, cafeteria workers, custodians, bus drivers, coaches, extracurricular advisors, and paraprofessionals.[/pullquote]

Senator Bruce Tarr (R-Gloucester) proposed a further amendment to extend the scope of the anti-bullying law (M.G.L. c. 71 § 37O) by prohibiting bullying on the part of all school personnel, including athletic coaches and other staff. The further amendment, ‘Anti-bullying Gap Fix,’ was adopted unanimously late Wednesday evening by a roll call vote of 38-0.

“We’ve all seen the devastating impact bullying has on young people in the Commonwealth, especially LGBT youth,” said Senator Michael Knapik (R-Westfield), who co-sponsored both amendments. “The LGBT Youth Commission has proven to be a vital resource for many of these individuals and I am happy to support their efforts,” Knapik added.

The current language of An Act Relative to Bullying in Schools, signed into law in May 2010, defines bullying as perpetrated only by students. Senator Tarr’s amendment broadens the definition to include educators, administrators, school nurses, cafeteria workers, custodians, bus drivers, coaches, extracurricular advisors, and paraprofessionals.

Data suggests that issues related to bullying and school climate remain a significant problem for LGBT youth. The 2011 Massachusetts Youth Risk Behavior Survey (YRBS) showed that 33.5 percent of lesbian, gay, and bisexual students reported being bullied at school within the past year, and approximately 10 percent had skipped school within the past month due to feeling unsafe en route to or at school.

Another 2011 study by the Gay, Lesbian, and Straight Education Network (GLSEN) found that more than half of LGBT students reported hearing homophobic remarks from school personnel.

The Senate also adopted an amendment Wednesday evening filed by Senator Sal DiDomenico (D-Everett) enabling the Department of Elementary and Secondary Education (DESE) to collaborate with the Commission to offer technical assistance to schools around implementation of the anti-bullying law and more recent legislation prohibiting discrimination on the basis of gender identity. [pullquote]Another 2011 study by the Gay, Lesbian, and Straight Education Network (GLSEN) found that more than half of LGBT students reported hearing homophobic remarks from school personnel.[/pullquote]

If sustained in conference committee, the appropriation proposed for the LGBT Youth Commission in the Senate FY14 budget will maximize the Commission’s ability to guarantee that all public schools in the Commonwealth have access to technical assistance, training, and professional development for all school personnel. With this appropriation, the Commission will be able to more than double the number of public schools which it serves, to more than 300.

The Commission on LGBT Youth is established by law as an independent state agency to recommend and advocate to all branches of state government effective policies, programs, and resources for LGBT youth to thrive. Founded in 1992 as the first body of its kind in the nation, the Commission has been advocating for the wellbeing of LGBT youth in schools, families, and communities for the past 20 years.

The Commission issues annual recommendations to help make Massachusetts state agencies aware of and responsive to the needs of LGBT youth populations in the Commonwealth. Recommendations for FY14 are available at: http://tiny.cc/trtlgbtyouth.