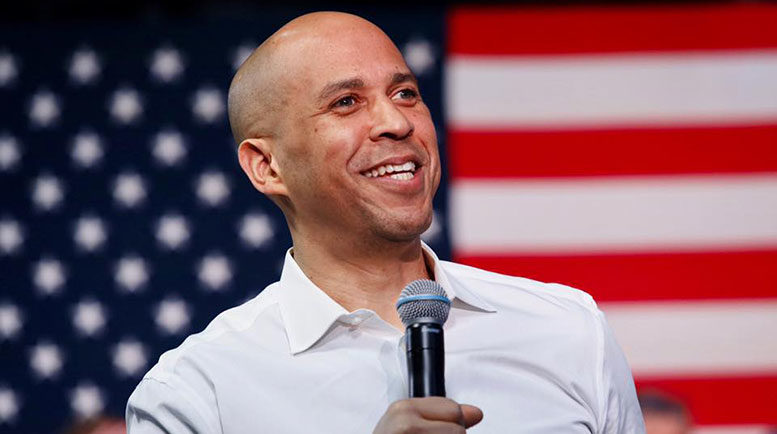 A crowd of more than 300 gathered in Davenport first heard Booker’s answer after a woman in the audience asked the presidential hopeful what he’d do for the LGBTQ community in 2020, if elected.

“When I am president of the United States, right away I will end this ridiculous, insulting, un-American ban,” Booker said, according to NBC News, as the crowd cheered.

The Advocate reported that “Booker’s statement” took place a few days after the Pentagon “signed new policies barring over 13,700 transgender troops starting next month unless Congress is able to intervene. The new policy will discharge or deny enlistment to anyone who won’t serve in the gender to which they were assigned at birth.”

Booker is not the only presidential candidate appealing to the LGBTQ community, however. Two of the many are Kamala Harris (D-CA) and Elizabeth Warren (D-MA) who have recently taken supportive stances as anti-LGBTQ positions have continued to surface from within the Trump administration.

“I disagree with most of what the vice president stands for when he makes decisions about our LGBTQ community in a way that doesn’t understand they should be entitled to full equality and rights under the law as any other American,” she said.

Likewise, Warren said that Pence wasn’t “honorable” because of his homophobia, as reported via LGBTQ Nation.

“Anyone who engages in the kind of homophobia and attacks on people who are different from himself is not an honorable person,” she said to them.

Booker has historically been a passionate advocate for LGBTQ rights too. The Advocate reports, he has “removed Christian hecklers during same-sex marriage ceremonies in 2013, helped pass anti-conversion therapy measures in New Jersey, and pushed through new federal hate crime legislation earlier this year.”