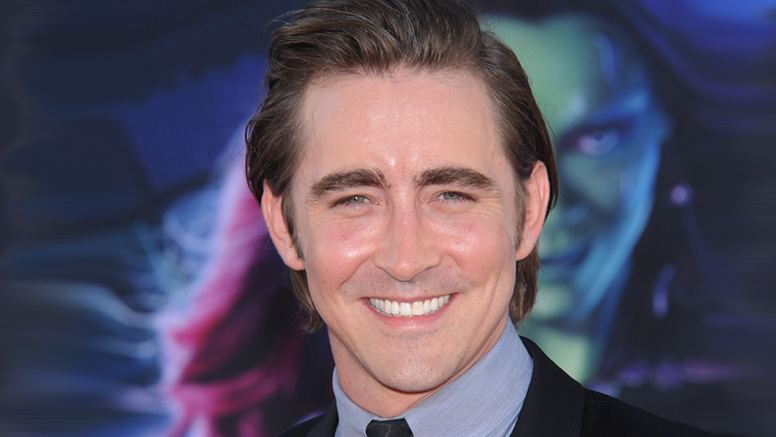 If we can all survive as a nation until summer, Pose will be here to see us through. The latest TV series from mega-creator Ryan Murphy is set in mid-’80s New York City and will dive deeply into the world of underground ball culture, so memorably depicted in the documentaries Paris is Burning and Kiki. There are the usual famous faces attached to the show, people like Kate Mara, Billy Porter and James Van Der Beek. But if we’re being honest, the real thrill is going to be the sheer number of transgender actors who’ll be taking their shot on the show. Mj Rodriguez, Indya Moore, Dominique Jackson, Hailie Sahar and Angelica Ross, most of whom are first-timers or at least in the early stages of their acting careers, will collectively make Pose the show with the most trans actors playing trans characters in TV history. Verdict: we’re watching. We don’t even care if it’s good like early Glee or terrible like later Glee. We’re watching.

Lee Pace goes back to the future

Recently, Lee Pace came out as bisexual – to the best of our ability to interpret his statement, that is – and he did so in that way that celebrities who’d rather not be asked too many questions about much of anything come out, by calling the interviewer “intrusive.” (We like to think we had him sorted all the way back to Soldier’s Girl and Wonderfalls, well before Ian McKellen accidentally outed him, but that’s just us thinking we have special powers of observation.) Oh well, we’re still glad to have him on board and we assume he’ll get used to being publicly queer soon enough. Meanwhile, he’s got a new project, one that takes the idea of scandal back to a more innocent, less jaded, pre-Trump era, when most celebrities didn’t come out at all, and when a famous man getting busted for cocaine and other crimes was a big deal and we were all bummed about it because it meant that the Back to the Future car wasn’t going to be as big a deal as we’d hoped. The film is called Driven and Mr. Pace will play none other than John DeLorean, inventor of that iconic, now vintage-cool vehicle, a man who also got involved with crime and cocaine and sent it all crashing down. It also stars Judy Greer, Jason Sudeikis and Corey Stole, so we’re pretty much here for it right now, even though it’s due later in 2018.

Dolly Parton, Jane Fonda and Lily Tomlin are ready to reboot 9 to 5

The plan is for Patricia Resnick – the original screenwriter – and Rashida Jones (Parks and Recreation) to write it. The plan is for three new young women to star in it. But the plan we care most about for the in-talks reboot of 9 to 5 is that Dolly, Jane and Lily are all on board. This is probably the best news of 2018 so far, and if you don’t agree then we don’t know you and you don’t know us. 9 to 5, for you young people, is the classic 1980 comedy about women fighting workplace harassment and discrimination. It also gave the world the great Dolly Parton hit song of the same name. And given the current movement of women in the workplace demanding better treatment, what better time to reboot? The young women haven’t been cast yet, but they will find more than capable mentors in the O.G. nine-to-fivers. Can’t wait, obviously, but Dolly’s the one with the best public statement on the matter. She advised production to pick up the pace: “I told them we better get after it or it’s going to be 95.” Indeed.

OK, maybe this one is a bit obscure if you don’t follow British comedy, but if you do then you know the name Christopher Morris is one to trust. The wicked comic genius behind shows like Brass Eye, The Day Today and Nathan Barley, and director of the blistering terrorism comedy Four Lions – yes, we said terrorism comedy – has a new film in the works. It is currently without a title and we know nothing about its content. We do know that it stars Anna Kendrick, gay actor Denis O’Hare (True Blood), Orange is the New Black actor Danielle Brooks, and one of our fave queer stand-up comedians James Adomian (BoJack Horseman). But that’s plenty to go on for now. It could star sock puppets, frankly, and we’d still give it our full attention. So while we’re waiting around for a title, go investigate Mr. Morris’ earlier work. You’ll be glad – and possibly unsettled and disturbed – that you did.

Deep Inside Hollywood: The Best of 2017