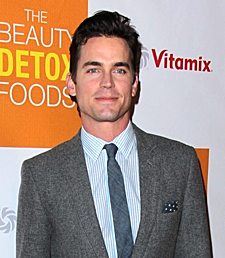 Anybody who’s watched Degrassi: The Next Generation knows that they “went there” a while ago with the whole transgender teenager plotline. But that was then. And besides, they eventually killed off that character, the only trans kid they had. So here comes The CW with its own trans teen, one who’ll be the star of the show, and it’s got a very cool creative pedigree right from the start. ZE, from playwright Kyle Jarrow (the Obie Award-winning creator of the hit Off-Broadway play, A Very Merry Unauthorized Children’s Scientology Pageant) and producer Michael London (Milk), where the title represents a non-gender specific pronoun, will tell the story of a Texas teenager who transitions from female to male, openly, while in high school. At the same time, his family comes to experience identity crises of their own. There’s no casting yet, no plans for anything but a pilot, but fingers crossed this one goes to series and breaks down more barriers for transgender representation.

Nothing against actors like Sean Penn, Michael Douglas or Tom Hanks, but it can’t have slipped your attention that every time a major gay story gets told by Hollywood a straight actor almost always plays the gay character in question. It’s harder to find a gay actor cast in a serious gay role in a mainstream production than it is finding rational thought in Pat Robertson. So the news that Matt Bomer (White Collar, Magic Mike) has been cast as screen legend Montgomery Clift in a biopic about the actor’s complicated life is a major step forward for this sort of thing. At the top of his career, Clift was as popular as Marlon Brando, but a disfiguring car accident and troubled personal life as an alcoholic, closeted movie star knocked him off course. (At least one irritating news report on this casting suggested that Clift was merely a dedicated method actor who chose not to “put his personal life on display” when, in fact, it was unthinkable for a gay actor to be open in that era and there was no choice involved.) Bomer is a wise choice here; he looks the part, he’s talented and he probably knows a little bit about the ongoing pressure for leading men to keep their sexual orientation a secret. Next question: Who’ll play Monty’s best pal Elizabeth Taylor? Don’t say Lindsay Lohan.

Leonardo DiCaprio as Woodrow Wilson? Sure, why not?

Yes, it may seem that it’s been a very short leap in time from the days of Teen Hearthrob Leo to Only Guy Ever Asked to Portray Historical Figures Leo, but the man is a fully grown adult now and it’s clear that his intent is to cement that notion in the mind of the public by playing Howard Hughes, J. Edgar Hoover and Jay Gatsby (who wasn’t real but you get it). His plan continues with a new film being set up just for him at Warner Bros; the studio has acquired Wilson, a recently published biography of Woodrow Wilson from writer A. Scott Berg. Thirteen years in the making for Berg (who also wrote the biography Lindbergh and the original story for the groundbreaking 1982 gay film Making Love) the film version is in the talks stages, but DiCaprio is on board for both producing and portraying the U.S. President who led America into World War I and created the Federal Reserve. And we assume the war part of that story will get the bigger share of screen time. Not that the Federal Reserve isn’t fascinating, but it doesn’t exactly provide many opportunities for sweepingly cinematic, inspirational speeches, you have to admit.

Queer Eye guys rounded up and reunited for Bravo

Sure, you’re very excited about Caroline Manzo’s spinoff series and you’re hoping that if Teresa and Juicy Joe wind up in prison that Bravo will at least have the creative vision to give them their own stand-alone show from the big house. But remember 10 years ago when Bravo wasn’t strictly a network about brawling housewives? Remember Queer Eye For The Straight Guy and how we all watched it and complained about it (they were responsible for way too many poor heterosexual men with sculptured eyebrows, waxed everything and closets full of freakishly embellished jeans) and then kept watching it anyway? Well, it’s time to watch it again as Jai, Kyan, Carson, Thom and Ted come back for a 10th anniversary reunion special airing in October. Andy Cohen will host, of course, and viewers can tweet questions for the guys. Just be nice with those questions, OK? No fair asking Carson what happened to his acting career.

*Romeo San Vicente’s acting career involves a variety of all-male amateur productions—you know, for the love of performing. He can be reached care of this publication or at DeepInsideHollywood@qsyndicate.com.