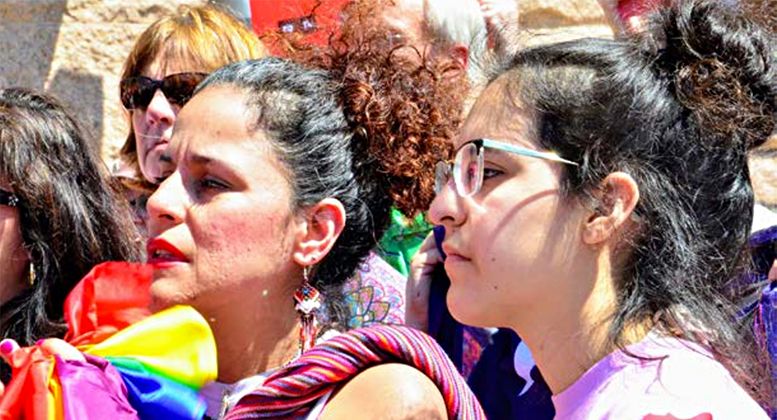 TEXAS—During what is now being called the “session of oppression,” the Equality Texas team and its members fought for the very heart of our mission and guiding principles. During the 85th legislative session, over two dozen bills targeting LGBTQ people were filed. Many of these bills targeted the most vulnerable and marginalized within our communities.

Despite the historic number of anti-LGBT bills this session, a record 40 bills were filed this session by LGBTQ allies in the legislature that sought to end discrimination and create safe communities for all LGBTQ Texans. Three of these bills that relate to expanding nondiscrimination protections for LGBTQ people were voted out of committee, a historic first for this type of legislation in Texas.

This session, a record number of Equality Texas members were activated statewide. Over 10,000 members engaged in 20,000 direct calls to action this session. This includes emails to legislative offices, calls to lawmakers and visits to Capitol offices.

In addition to tracking legislators’ votes and actions on key bills, the report contains an analysis of the 85th legislative session. This report and scorecard are a snapshot of the bills, both good and bad, that were filed this session and their status when the session was concluded.

With this report, the Equality Texas team will continue our ongoing collaboration throughout the upcoming special session with the ACLU of Texas, Human Rights Campaign, Texas Freedom Network, and the Transgender Education Network of Texas. The special legislative session in Texas will begin July 18, 2017.