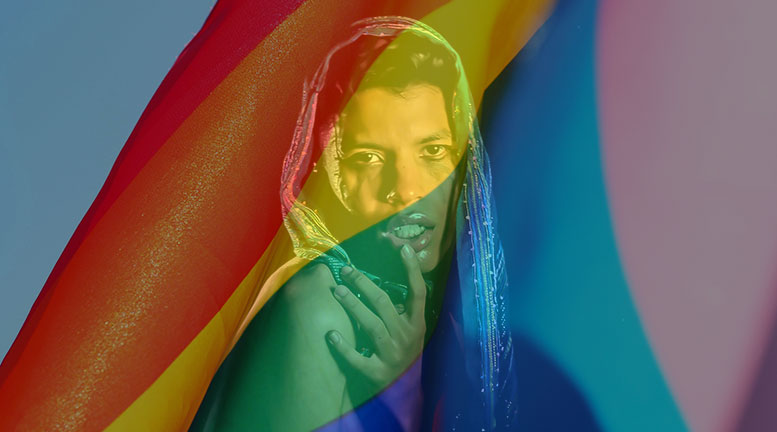 According to a Human Rights Campaign Foundation’s brief (HRCF), the LGBTQ community faces unique challenges during the COVID-19 pandemic in the U.S. The brief is based on documentation provided by the Center for Disease Control and the National Opinion Research Center, according to the Foundation.

“We are facing a global public health crisis, and as in all emergencies, the most marginalized are at increased risk,” said HRC President Alphonso David. “Many in the LGBTQ community may lack the resources to effectively combat COVID-19, lacking access to paid sick leave or living without health coverage, and are more likely to work in an industry that has been most affected by the pandemic, putting them in greater economic jeopardy or increasing their exposure to the virus. It is also critical to understand the challenges facing the LGBTQ young person who has been sent home from school to face family rejection or the LGBTQ senior who is more likely to be living alone during this crisis. It is important to know and understand the unique impact of the virus on the LGBTQ community so that we can prepare to weather this crisis as we have weathered crises before—by uniting as a community and helping those in greatest need.”

“The Lives and Livelihoods of Many in the LGBTQ Community are at Risk Amidst COVID-19 Crisis” details the challenges the financial and societal disparities represent to this community. To that effect, a number of LGBTQ-supportive organizations brought awareness to medical providers and policymakers about the inherent challenges faced by the LGBTQ community during this time. Their report detailed the community’s vulnerabilities since most hold jobs in “highly-affected industries.”

“Based on HRC Foundation’s analyses of General Social Survey (GSS) data, more than 5 million work in jobs that are more likely to be impacted by COVID-19,” read the Foundation’s brief. “LGBTQ Americans are more likely than the general population to live in poverty and lack access to adequate medical care, paid medical leave, and basic necessities during the pandemic.”

The Foundation’s analysis of data from the 2018 GSS found the top five industries in which LGBTQ adults in the United States are most likely to work.

LGBTQIA+ people of color numbers are even disproportionately higher, according to one of Boston’s directors at The Fenway Institute.

“Everyone is at risk of infection in this pandemic. But history shows that people who are marginalized and consequently experience disparities in health will suffer disproportionately greater harms than the general population,” said Sean Cahill, Director of Health Policy Research.

Due to experiences of discrimination in health care settings as well as the impact of stigma and minority stress on health, LGBTQIA+ people are more likely to have some of the underlying health conditions that could increase their vulnerability if they are exposed to the novel coronavirus, according to The Fenway Institute’s policy brief titled “Coronavirus, COVID-19, and Considerations for People Living with HIV and LGBTQIA+ People.” The Fenway brief can be read here.

“According to a 2019 Williams Institute analysis of Behavioral Risk Factor Surveillance System (BRFSS) data, about one in five LGBTQ adults in the United States (22%) live in poverty, compared to an estimated 16% poverty rate among their straight and cisgender counterparts,” read the brief. “In particular, the poverty rates of transgender adults (29%) and cisgender bisexual women (29%) in the U.S. tower over those of other groups. Furthermore, Black (40%) and Latinx (45%) transgender adults are more likely to live in poverty than transgender people of any other race.”

In Salem, Mass., North Shore Medical Center (NSMC) vows to not discriminate against members of this community, despite former allegations that it has done just the opposite.

“NSMC continues to welcome all patients in our community and does not discriminate on the basis of health condition, race, national origin, religion, culture, age, disability, sex, sexual orientation, gender identity or economic status,” said Laura Fleming, NSMC’s Executive Director of Marketing & Communications. “We join our colleagues in Partners HealthCare on an Equity, Diversity, and Community Health COVID-19 Taskforce making deliberate and diligent efforts to pay close attention to our diverse patients, families, and staff, and to specifically address issues related to the COVID-19 pandemic. We are also actively working with our community partners to ensure the vulnerable and marginalized populations we serve are being cared for during this health crisis.”

LGBTQ people are more vulnerable to the health risks of the virus, the Foundation’s brief also found. Members of this community are less likely to have health coverage, are more likely to smoke and have asthma, and have a variety of chronic illnesses:

The Foundation’s brief provides critical data for policymakers and community advocates working to address the health and safety needs of the community during this crisis. Read the full brief here.

[From a compilation of news releases and TRT’s reporter, Audrey Cole.]