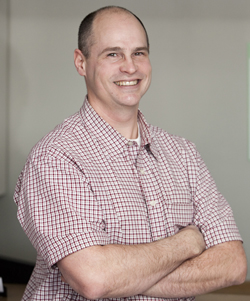 By: Brook Rosini/Special to The Rainbow Times–

BOSTON, Massachusetts — On November 27, 2012, just a handful of days before World AIDS Day, the United States Centers for Disease Control and Prevention released a striking new report about the status of the HIV/AIDS epidemic in the U.S. According to the CDC, young people between the ages of 13 and 24 represent more than a quarter of new HIV infections each year, and over half of these youth living with HIV are unaware they are infected. Furthermore, the report stated that the most affected group of young people are young gay, and bisexual men, as well as African-Americans. The Rainbow Times interviewed Dr. Ralph Vetters, M.D., of the Fenway Institute’s Sidney Borum, Jr. Health Center, to discuss the implications of the report and how Fenway’s programs address the issue.

The Rainbow Times: I think it might help the reader to know how the Centers for Disease Control and Prevention can estimate numbers for a demographic whose individual population does not know it is affected. In other words, how can the CDC know these individuals are affected without the people themselves knowing?

Dr. Ralph Vetters: The CDC uses a number of statistical tools to get the numbers you’re talking about. It’s what we call the treatment cascade. The following web sites have the best up to date numbers: http://tinyurl.com/6m3vt6x and http://tinyurl.com/6jjl28.

They get these numbers by looking at rates of testing in different populations and then looking at the number of positive results within tests done in that particular population. Say we’re looking at a population of 100,000 people. If, for example, 1.5% of all those tested in a particular population are HIV positive, then we would expect that there would be 1,500 people with HIV in that population. But if there are only 300 people who have been diagnosed HIV+ in that population then we can say that 1,200 people are likely to be infected but don’t know they are infected: in this imaginary case that would be 80% [of the infected population that is unaware they are infected]. Of course, there are a lot of problems with this method – maybe the people who are getting tested know that they are the highest risk people and so the number of HIV+ cases is high just because of their risk behaviors, but we can’t necessarily think that every member of the entire population shares those particular risk behaviors. So the CDC probably does a number of statistical checks to “weight” the population by likely risk behavior to get the final numbers.

Q. What contributes to people being unaware that they are infected with HIV?

A. People are unaware they are infected because frequently there are no symptoms when they first get infected, or they are very mild. There is a thing called HIV Conversion Syndrome, and the typical symptoms are fever, rash, swollen lymph nodes, sore throat – things that look a lot like a cold or viral infection. And these symptoms can be very mild or nonexistent. And they may not be very closely related in time to the incident that caused the infection, so people don’t tend to connect the dots, especially when the dots are very mild. It can then be years before the other symptoms of HIV come about – the opportunistic infections – pneumonias, meningitis, anemia, et cetera – and only then might they get tested and find out they are HIV+. One of the big concerns is that people are most infectious and able to spread HIV in the period of time right after they get infected when their blood is full of the virus at extremely high levels. Shortly afterwards the viral load – the number of virus particles in each drop of blood – goes down to pretty low levels and stays there for years, only creeping up again to high levels when the immune system has been destroyed.

That’s the medical reason why people might be unaware that they are infected. Not getting tested is the other reason, and that happens because of fear of being positive, fear of being stigmatized, fear of losing insurance coverage, fear of losing family and friends and employment, distrust of medical providers and fears about confidentiality. Also access to free testing. And among some younger gay men fatalism – I’m going to die anyway, I’m going to get it anyway – why bother getting tested.  All this varies across populations – ethnicities, races, ages, genders, class.

Q. What is it about the young gay and bisexual men and African Americans that cause them to be most affected? Are there certain factors or risk behaviors that they have in common?

A. Lots of reasons. First, the number of people in those populations who already have HIV is higher percentage-wise than white women in suburbia, for example. That means that any unsafe interaction is more likely to involve exposure to HIV – there are just more people who are HIV+ around. In addition, that means that the number of people with brand new infections is higher and that they have a larger amount of the virus in their blood, making it easier for the virus to be passed along with even small amounts of blood or seminal fluid. This is a concept called the “community viral load.” It turns out that young black gay and bisexual men do not engage in any different kinds of sexual activity than white gay men (unprotected receptive anal sex, for example), or engage in them more frequently than white gay men, but that the community viral load among young black gay and bisexual men is higher than it is among the white gay community. This is in part a function of the way the white gay community has organized and created venues for testing and treatment, part a function of racism within the gay community so that black gay men aren’t integrated into those testing and treatment venues, part a function of the economy and the fact that the young black population is less likely to have health insurance and therefore less likely to be engaged in care and getting their HIV disease managed and treated: treatment reduces the community viral load. We also have to think about other sexually transmitted infections such as herpes, chlamydia, gonorrhea: rates of these disease are higher among the black gay/bisexual male population for the same reasons as above, and having those diseases makes it easier to contract HIV.

Q. Can you explain the significance of the CDC study’s findings for the present and future of the HIV/AIDS epidemic? How do these figures fit in to overall trends since the disease first received wide attention?

A. The biggest deal about this is that in other segments of the population the rates of increase in infection are going down: for example, white males who have sex with men are getting infected at a lower rate than before. In fact, some people are now talking about the idea that by treating everybody we know who has HIV we can reduce the rate of new infections and by doing that snuff out the epidemic much the way was done with smallpox and is being done with polio. But, when we see that 26% of all the new cases of HIV nationwide are from this relatively small segment of the overall population, it means that there is, in a sense, a different kind of epidemic going on among young, gay and bisexual African American males. It implies that the public health approaches, community outreach programs, and clinical treatment plans that have been working to some extent for the rest of the population are not working for this particular population and so we have to rethink our entire game.

Q. What must be done/what does Fenway’s Borum Center do to address these issues?

A. At the Borum, where we see mostly adolescents and young adults and focus on providing care to high-risk populations, we mostly try to reduce barriers to testing and treatment. We work closely with local youth service organizations – BAGLY (Boston Area Gay and Lesbian Youth) and Boston GLASS (Gay and lesbian adolescent support services), for example – to provide (in BAGLY’s case) and support (in the case of GLASS) – peer-oriented outreach and HIV screening in unconventional venues. Screening gets done where the youth hang out and where they have confidence in the people who are providing the tests – they know that their “$#%t” won’t get spread around the community. By working closely with these organizations, the Borum has developed a reputation of understanding the lives these youth lead – we are non-judgmental, sex-positive and focus on harm-reduction – supporting behaviors over time that will reduce exposure to the community viral load. Youth who test positive are referred to us for management. We provide free STD and HIV screenings; we help people get signed up for health insurance; we offer an environment that is youth focused – not adult or baby focused in the way that pediatricians’ offices or adult care clinics can turn off youth. We are able to be the first and most successful place where HIV+ youth can get into regular health care. And studies show that individuals who know they are positive alter their behavior in ways that reduces viral exposure to uninfected partners. So we have helped to create a network of HIV screening, SDT screening and treatment, and linkage to health care that is culturally appropriate, matches the cognitive and developmental stage of youth, and helps reduce the community viral load.

Q. A recent press release from Fenway in relation to the CDC report highlights three of Fenway’s Adolescent Trial Network programs as of interest to the CDC research, presumably because they aim to reduce harm among some of the most at-risk populations. Can you explain how Project PrEPare, SMILE Linkage-to-Care Program, and Connect to Protect work together, and their goals?

A. These three programs are directly targeted towards this specific high-risk population of young (12 to 24), gay and bisexual young men of color. They are meant to act in complimentary ways to reduce new infections, improve treatment and reduce the community viral load that I talked about before, and to attack head on some of the structural barriers in the community that have limited the efficacy of previous attempts to intervene in the epidemic among this population.

None of these programs expects immediate results; the goal is to develop structural changes, and new habits as well as evidence-based clinical interventions that, over time, will bend the curve towards the extinction of the epidemic, or at the very least a reduction in the proportion of new infections found in this young age group.

To learn more about Fenway’s Sidney Borum, Jr. Health Center, visit http://sidneyborum.org/. To find out more about the other Fenway programs mentioned in this interview, visit the Fenway Institute website at www.fenwayhealth.org/.

Four Great Hobbies You Should Try Regardless of Your Gender

LGBTQ Community Comes Together During Pandemic