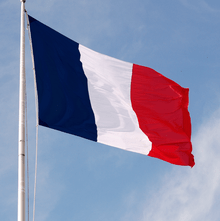 Washington – France is poised to become the fourteenth nation to embrace marriage equality, following a successful vote in the National Assembly. The law, which is supported by French President François Hollande, will allow gay and lesbian couples to marry and adopt children. HRC President Chad Griffin released the following statement:

“Today’s news out of France is a reminder that momentum for LGBT equality is growing exponentially not just here in the United States, but across the globe. In the past few weeks, three countries – France, New Zealand, and Uruguay – have affirmed that all people deserve the same rights, dignity and protections. The milestone victories we’re achieving here at home and the progress we’re seeing abroad should serve not only as beacons of hope for the future, but also as a reminder of the work we have ahead of us to create a world where all people are treated fairly.”