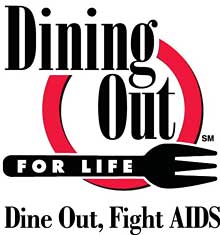 Providence, RI — Did you know that, according to the Centers for Disease Control, approximately one of five people living with HIV in the United States do not even know that they are infected?

You can help raise awareness of the importance of getting tested by supporting AIDS Project Rhode Island, which provides education, prevention and testing programs and a range of services for people living with HIV/AIDS in the state.

All you have to do is go out and eat this Thursday, April 25!

NBC 10’s Mario Hilario is chairing the event. “I am honored to chair this important event that brings about awareness of HIV/AIDS as well as raises funds for HIV testing, education and prevention efforts, and to care for people infected with HIV,” he said.