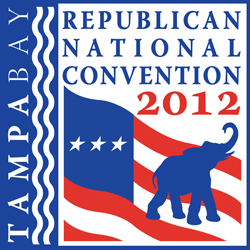 The “War on Terror.” The cost? Economic stability.

Last month’s Republican National Convention left me perplexed and wondering how it is possible that the GOP can convince so many people that their “policies” are in the best interest of the American people. Not to mention, Romney’s boy-like facial expression of “sincerity” behind his words took me back to Bush’s speech shortly thereafter the 9/11 attacks. At that time, filmmaker Michael Moore documented Bush’s response to 9/11 and many claims that his administration made during that time. It depicted actual footage of the former President having to rehearse his facial expressions before addressing the American people. He chuckled just moments before going live to explain the devastating news to the nation. Romney apparently had the same training.

I digress. The one point that the GOP continues to hit Obama’s camp with is the economy. However, economists say that regardless of who takes office in November, the unemployment rate will not lower until 2016. The damage has been done. Largely due to failed Bush policies and the trillions of dollars spent on the “War on Terror.”

According to an article published in the L.A. Times by economists Linda J. Bilmes, a Harvard University faculty member and Joseph E. Stiglitz (a professor at Columbia University and the recipient of the Nobel Prize in economics), “Spending on the wars and on added security at home has accounted for more than one-quarter of the total increase in U.S. government debt since 2001. And not only did we fail to pay as we went for the wars, the George W. Bush administration also successfully pushed to cut taxes in 2001 and again in 2003, which added further to the debt. This toxic combination of lower revenues and higher spending has brought the country to its current political stalemate.”

That is the fundamental problem that has led to our current economic state, not President Obama’s policies. As a matter of fact, the Bush tax cuts for the wealthy were mandated to be upheld during Obama’s first term.

However, when you hear Mitt Romney discuss issues on the economy, there is no solid plan he has put forward to “fix” it. You may hear him state that he will lower taxes. Of course he will, for the wealthy. His “plan” does not include the average American. How can it? He is unaware of the struggles of the middle class family. His “plan” will further exacerbate our current economic condition. But, many are easily fooled by TV commercials and his rehearsed demeanor.

The economy will not resolve itself in the next term. However, it can worsen if the wrong candidate gets elected into office. It certainly will worsen socially for LGBTs, women, and any other minority group. Some LGBT people say President Obama is not the choice. How can that be? Are there other candidates offering marriage equality, LGBT protections, giving jobs to members of the LGBT community, electing LGBT-friendly Supreme Court Justices, etc., while endangering his prospects to be re-elected by adding marriage equality to his re-election platform? I find this to be hypocritical. Not every LGBT American has the time to fear for their life and those they love. Not every LGBT American can afford to continue to pay higher taxes because they are not able to claim their partner. Not every LGBT American is in an advantageous financial position to wait. I don’t want to wait any longer for my rights. Again, my choice for this other reason (and many more) is President Obama.

In addition, President Obama has saved millions of jobs with the stimulus plans he implemented. Otherwise, millions more would have lost theirs too—a high cost of Bush’s failed foreign policies. President Obama was left to clean a huge mess from his predecessor’s rampage. With all of the Bush years of spending, it took Obama to be the Commander-in-Chief who was successfully able to take down the militaristic target Bush chased for years—Osama bin Laden. Somehow, however, Republicans still claim that Obama is weak on national security saying that we are more at risk with him in office. It is the same scare tactic that the Bush administration used throughout his presidency of terror. I mean, really, can they not alter the old plan a little at least? It’s laughable and sad that there are still people out there falling for such a farce.

“Even if we were to leave Afghanistan and Iraq tomorrow, our war debt would continue to rise for decades,” Bilmes and Stiglitz wrote. “Future bills will include such things as caring for military veterans, replacing military equipment, rebuilding the armed forces and paying interest on all the money we have borrowed. And these costs won’t be insignificant.” President Obama has taken on many of these tasks already, but not many seem to be paying attention or educating themselves about our collective future—financially and socially.

*Nicole Lashomb is the Editor-in-Chief and Co-Owner of The Rainbow Times since 2006. She holds an MBA from Marylhurst University and a Bachelor’s from SUNNY Potsdam (Crane School of Music), NY. She can be reached at editor@therainbowtimesmass.com.