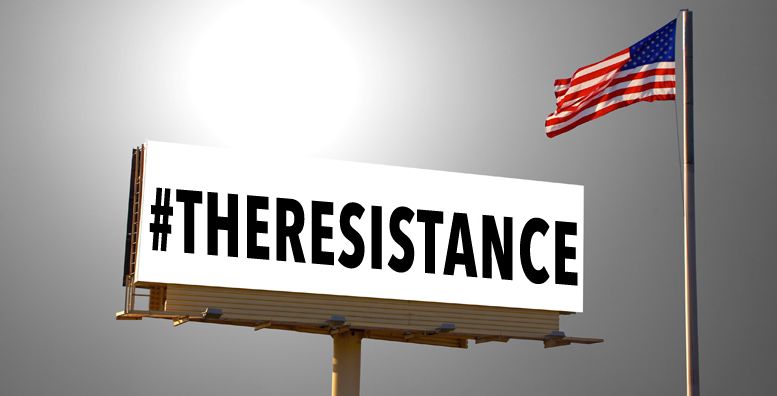 I am not over it. And, it isn’t that my candidate lost or that I am a sore loser. This wouldn’t be the first time an election didn’t go my way. G.W. Bush’s presidential run wasn’t a particularly pleasant time for me either. But, this is different—emphatically different. While some on the right and even left argue that it is how our electoral system works and we simply need to accept the presidential election results and move on, it isn’t so simple.

We are experiencing the biggest attack on our democracy in our lifetime. U.S. intelligence revealed that Russian operatives were used within our own borders to influence public opinion and hack election results, targeting Democratic candidates. Likewise, these hackers were also found to have infiltrated a cyber strike against a Burlington, Vt. Electric company, which could potentially lead to access to the U.S. power grid. Imagine if Russia, a longtime adversary of the nation, was able to shut down our power grid. This is real. It is a real possibility and much more so when we have an empathetic president-elect—not my president. The Obama administration is expected to release more information in the coming days.

The popular vote loser, by the most substantial margin in modern history, has won the White House, going against the majority of the American vote. The President-elect has publicly declared substantial support for expanding nuclear weapons access and programs for adversaries of the U.S. and has glorified Russian president Putin, who has knowingly committed horrific war crimes and torture, even against his own people, has allegedly approved of the cyber-attacks on the U.S and is well known for his anti-LGBT stance.

But according to Trump, Putin is doing a “great job.” Such public praise has come on more than one occasion.

In October, the Washington Post reported that “there is clear and abundant evidence the Assad regime and the Russian government are committing crimes that include, but are not limited to, deliberate attacks on civilians, collective punishment, starvation as a tool of war, torture, murder, inhumane treatment of prisoners and the use of chemical weapons on the battlefield.” And yet, recently, Trump announced that he didn’t support the United Nations. Without building on our relationships with our allies and denouncing our adversaries, where are we headed? My supposition is to a dark and dangerous abyss that our history will frown upon, if a global catastrophic event doesn’t occur before then.

The foreign relations’ atrocities described above are not to diminish the president-elect’s consequential actions and comments leading to heinous treatment of our own people within our country by fellow Americans. Undoubtedly, we are also heading toward legislation that rips equal rights and protections away from virtually every minority group residing in our homeland. Actions to push through the First Amendment Defense Act, FADA, strip millions of healthcare coverage, cut education funding and social security benefits are already underway. With a Republican-led Executive Branch and Congress, the next four years could prove to be dismal for many of us. And, I’m not even mentioning the appointment of Justices to the Supreme Court.

Jan. 20 has not yet arrived and I remain unwavering in opposition to Trump’s inauguration. There are movements and continued demonstrations all around the country to band together dissidents of a Trump regime. I join in that cause. If at the end of the day we are not successful, at least I know I’ve done all I can to try and protect the values, rights and protections that so many of us cherish. If we do not prevail, 2017 will be the year of #TheResistance. While I meet the New Year with the hope of a new beginning, I am armed with passion to fight on and join in with insurmountable solidarity and resistance in the face of adversity. May 2017 teach us the importance of compassion, love, peace and unity.

*Nicole Lashomb, the author, holds an MBA from Marylhurst University and a Bachelor of Music from SUNY Potsdam, the Crane School of Music. For any comments, contact Nicole at: editor@therainbowtimesmass.com.