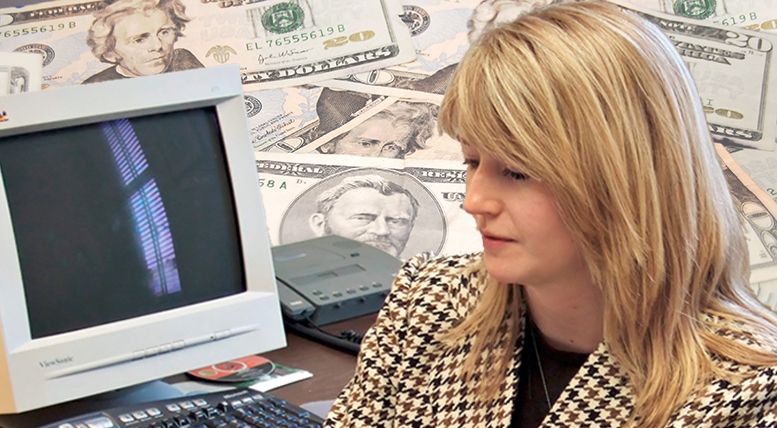 “In the Stone Ages”: After Tackling Tech Industry in 2016, Arjuna Capital Finds Major Resistance at US Banks on Gender Pay Gap

BOSTON, Mass.—If 2016 was the year in which leading U.S. tech companies yielded to shareholder demands to address gender pay equity, 2017 is so far shaping up as the year in which top U.S. banks and credit card companies are doing exactly the opposite: refusing to reveal to investors how serious their gender pay equity gaps are and what they intend to do about the disparities in their treatment of men and women.

So far, there has been a night-and-day difference in the responses of the tech and banking worlds. Even though there is arguably more gender disparity in the financial world (see statistics below), all but one (MasterCard) of the six banks and credit card companies targeted by Arjuna Capital are opposing the gender pay equity resolutions on their 2017 annual meeting proxies. This means the banks are not only refusing to act … they are actively trying to persuade other investors to vote against disclosing and closing gender pay gaps.

What do concerned shareholders want from the six top financial institutions?

The resolution opposed by Wells Fargo asks for a report from the bank on the percentage pay gap between male and female employees across race and ethnicity, including base, bonus and equity compensation, policies to address that gap, the methodology used, and quantitative reduction targets. Wells Fargo and Citigroup are the most recent financial institutions to oppose the Arjuna Capital push in their proxies by refusing to publicly report to investors about their gender wage gaps or to provide data showing that no such gaps exist. In its particularly tone-deaf response, Citi actually claims gender pay gap reporting would be “costly and time consuming.”

“You just can’t get around the fact that Big Banks are in the Stone Ages when it comes to gender pay equity.  Big Tech stepped up in 2016 and took real action to address the legitimate concerns of long-term shareholders and women.  Yet the banks are sticking their heads in the sand, which makes you wonder: What do they have to hide?  It’s a continuation of the status quo where bank leadership paternalistically pats investors on the head and tells them to trust them.  Unfortunately, we already know that banks are among the worst offenders when it comes to how women are treated in the workplace.  How can we hold Amazon to one standard on gender equity, while Citigroup pretends it’s 1957, not 2017?” said Natasha Lamb, managing director, lead filer of gender pay resolutions, Arjuna Capital.

Barring major progress in the next few weeks, annual meeting votes on the Arjuna Capital resolutions will take place in late April at Wells Fargo, Citigroup, and Bank of America. The other three shareholder resolutions are expected to come to votes in May and June.

The median income for women working full time in the United States is reported to be 79 percent of that of their male counterparts. That $10,800 disparity can add up to nearly half a million dollars over a career. The gap for African American and Latina women is even wider at 60 percent and 55 percent respectively. At the current rate, women will not reach pay parity until 2059.

Finance is a heavily male dominated field with a high pay gap and another distinct gap when it comes to female leadership. In fact, banking and finance have one of the highest disparities of all industries examined by Glassdoor. Data from the Bureau of Labor Statistics reveal female financial advisors faced a 61.3 percent pay gap in 2014, the widest disparity of all occupations reviewed.

Closing the gender pay gap is good for investors. In 2016 the proxy advisor ISS and Glass Lewis supported Arjuna’s gender pay proposals. ISS noted: Companies that don’t address gender pay disparity are “put at a competitive disadvantage in the recruitment of candidates and retention of employees.” This is particularly important for an investor in banks, as Mercer finds female executives are 20-30 percent more likely to leave financial services careers than other careers.