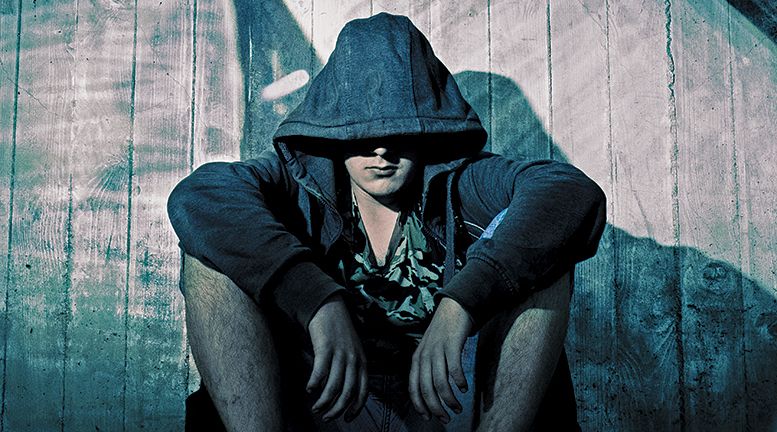 BOSTON—One of the first stories The Rainbow Times published on its first issue in 2007 characterized the issue of homeless LGBTQ youth as an “uncountable epidemic.”

A decade later, academic research on this group has improved and there are plans in place for moving forward, but the organizations advocating for change are struggling to maintain the status quo amid political and financial challenges.

“Six months or a year ago, I felt cautiously optimistic that we were moving forward,” said Grace Sterling Stowell, executive director of the Boston Alliance of Gay Lesbian Bisexual Transgender Youth (BAGLY). “Massachusetts has been a leader in many ways, but now all of our communities are just trying to survive.”

In 2006, the National LGBTQ Task Force estimated that 40 percent of homeless youth identified as LGBTQ. Thanks to work done by the Massachusetts Special Commission on Unaccompanied Homeless Youth, the picture of what that population looks like locally is clearer.

An unaccompanied homeless youth, according to the Commission, is defined as someone under the age of 24 who is not under the care of a parent or guardian and does not have a permanent, stable place of residence.

The commission conducted a statewide survey known as the Youth Count in 2014, making Massachusetts the first state in the U.S. to gather comprehensive data on homeless minors. The group reported that roughly 14 percent of the 795 respondents who met the criteria of an unaccompanied homeless youth identified as LGBTQ.

Since its formation in 2012, the commission has worked to standardize information collection across government agencies and nonprofits working with homeless youth to gain a more accurate assessment of a population that’s often transient and reluctant to provide information.

“We’ve gotten some real support from legislators around homelessness,” Sterling Stowell said. “We’re focused on trying to address LGBTQ homelessness and get an accurate count of how many homeless or marginally housed people are in Massachusetts.”

The Commission is planning to do another survey in May. Linn Torto, executive director of the Interagency Council on Housing and Homelessness, said the Commission and its partners are working to understand whether or not they are missing parts of the LGBTQ population in the survey results and why that might be happening.

“One of our goals is to do a better job of outreach. We’re concerned that we may be under-reporting,” Torto said.

While knowledge of the numbers now is better than it was a decade ago, the data is still an estimate, and advocates say that will continue to be the case as long as stigmas around homeless youth persist.

“One of the barriers we’ve found is that not all young people who are homeless feel safe being identified and might not feel safe talking to people who are collecting data,” Sterling Stowell said.

LGBTQ youth in particular face challenges because the housing options available through shelters and other facilities are not accommodating, which forces them into living situations that are often unstable and more dangerous than living on the street.

Problems also arise when staff at shelters and group homes are not trained in working with LGBTQ youth, or when staff turnover results in a knowledge gap, the Commission found.

Hannah Hussey, director of policy and research for the Massachusetts Commission on LGBTQ Youth, said that group has worked with the Department Youth Services to ensure that LGBTQ youth, homeless or not, have positive experiences with government agencies they may interact with.

“We have nondiscrimination requirements but I’m not sure that even the most well-meaning service providers know how to implement those practices,” Hussey said. “There are opportunities to look at services people are providing like applying for a name change, which is [an] important step in being able to get an [identification] card that reflects your identity and how you’re living in the world.”

While not technically homeless, LGBTQ youth in unstable living situations are at greater risk for suicide and other health issues because they do not have access to support services they need and are more likely to be in a vulnerable mental state, according to Sterling Stowell.

“They’re not showing up in traditional systems if they aren’t technically homeless,” Sterling Stowell said. “There’s the issue of where to be housed, especially in the transgender community, where it might be appropriate to be housed with people who don’t share your identity.”

To address some of these issues, the Commission recommended the creation of LGBTQ-specific shelters, group homes, and permanent housing programs. The group also recommended the addition of new staff who are specifically trained in issues facing the community, as well as ongoing training for anyone who works with homeless youth.

Making those recommendations happen, though, is a different story. In addition to a lack of stable housing, LGBTQ youth also deal with poverty, addiction, and other challenges.

“I see our programs and work being very vulnerable right now,” said Carl Sciortino, executive director of the Massachusetts AIDS Action Committee of Massachusetts. “The clients that we serve, [who] are the most marginalized, are getting hit from all angles.”

The Special Commission on Unaccompanied Homeless Youth was created under the administration of former Governor Deval Patrick and continues under current Governor Charlie Baker’s administration. At a time when organizations supporting marginalized groups are facing the threat of funding cuts, the Commission is thankful for the support it has.

“It’s not enough but it’s movement in the right direction,” Sciortino said. “We are lucky to have leaders in Massachusetts who are aware and care about these issues.”

The drive to support organizations like BAGLY and the AAC has increased since President Trump took office and is part of a larger movement to protect the gains made over the past decade.

“Young people need us more than ever before,” Sterling Stowell said. “Young people in any community are the greatest asset but they’re on the front lines when there are funding cuts, service cuts. They face the brunt of it and are more likely to end up homeless or marginally housed.”