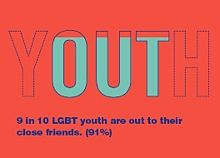 WASHINGTON – The discriminatory policy banning gay Scouts and Scout leaders will face a vote by 1,400 leaders of the Boy Scouts of America on May 23. In advance of the vote, the Human Rights Campaign, the nation’s largest LGBT civil rights organization, launched a petition asking its 1.5 million members and supporters, and in particular those who are a part of the scouting family, to call on their local Boy Scouts of America council to vote in favor of a national policy prohibiting discrimination against gay Scouts and Scout Leaders.

“The discriminatory ban on gay Scouts compromises the Boy Scouts of America’s reputation as an American institution,” said HRC President Chad Griffin. “It is our hope that BSA leaders heed the call of Scouting families and fair-minded supporters across the country and vote their conscience to end discrimination so that no young American is excluded from the proud tradition of Scouting.”

By next Tuesday, the BSA Executive Committee is expected to send out one or more resolutions on gay Scouts that representatives from the organization’s more than 300 local councils will vote on at their annual meeting. HRC’s petition will generate messages to those local council representatives, so they can hear directly how the ban harms members of their own community. [pullquote]“The discriminatory ban on gay Scouts compromises the Boy Scouts of America’s reputation as an American institution,” said HRC President Chad Griffin.[/pullquote]

HRC’s recent survey of LGBT youth reinforces the need to remove obstacles to full participation in extracurricular activities like the Boy Scouts: 64% of LGBT teens (compared to just 47% of non-LGBT teens) report that they never participate in afterschool or other recreational activities. Exclusion from Scouting negatively impacts the overall well-being and sense of community connection among LGBT youth.

“Whether it’s major corporations or the U.S. military, American institutions become stronger when they adopt policies of inclusion rather than exclusion,” Griffin added. “Removing the ban on gay Scouts and Scout leaders will make the BSA a stronger organization that more clearly lives up to its stated ideals.”