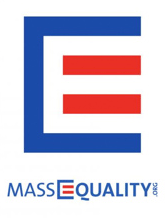 BOSTON, Mass.—Next Tuesday, the United States Supreme Court will hear arguments in Hollingsworth v. Perry, the challenge to California’s Proposition 8, an amendment to that state’s constitution that rescinded the freedom to marry for same-sex couples. On Wednesday, the Supreme Court will hear arguments in United States v. Windsor, a case challenging Section 3 of the Defense of Marriage Act (DOMA), which prohibits the federal government from recognizing the legal marriages of same-sex couples for the purposes of federal benefits and programs.

Rallies will be held around the country on Tuesday, March 26 to urge the Court to recognize marriage equality and overturn Section 3 of DOMA.

Hundreds are expected to gather on Tuesday, March 26 on City Hall Plaza near the Government Center T Stop at 3 p.m. to demonstrate their support for marriage equality.

In 2004, Massachusetts became the first state in the country to recognize the legal marriages of same-sex couples. Despite being able to legally wed in Massachusetts, the District of Columbia, and eight other states (Connecticut, Vermont, New Hampshire, Maine, Iowa, Washington, Maryland, New York), married same-sex couples are denied the federal benefits of marriage because of the Defense of Marriage Act. This means that married same-sex couples are not able to access many of the safety nets afforded other married couples such as social security survivor benefits; Medicaid long-term care benefits; spousal veteran benefits; or rights of inheritance.

The arguments will come just one week after a Washington Post-ABC News public opinion poll finds that 58 percent of Americans believe that same-sex couples should have the legal right to marry. This poll, in addition to multiple court rulings, legislative votes, and elections have shown that the public embraces marriage equality. More and more politicians of both major parties continue to come out in support of marriage equality. Last week, Ohio Senator Rob Portman, a conservative Republican, announced his support for marriage equality.