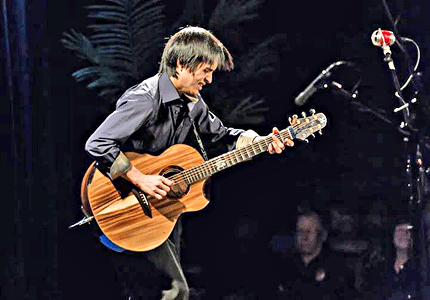 The Foundation For International Justice, Inc. and Promise Place School are pleased to announce that the highly acclaimed Blues Guitarist and Vocalist Shun Ng will perform live at the First Annual Gala Fundraising Event for Promise Place School, to be held at the Boston Seaport Hotel, 1 Seaport Lane, Boston, MA 02210 on Saturday evening September 26, 2015, from 6 – 10 p.m.

For his 14th Christmas, his father bought him a guitar, and as his passion grew, Shun finally found a language to understand the world—music. While letters and numbers didn’t make much sense, music did. He began diving deeper into the world of music through The Blues, dedicating all his time and energy to discovering his own musical voice. He explored and studied many other different genres including European Classical, Jazz, Funk, Motown, and Soul. After earning his associate’s degree in Music & Audio Technology, Shun served his mandatory National Service and went into the Singapore Armed Forces where he spent two years working as an arranger and band guitarist.

In January 2012, Shun released his debut album “Funky Thumb Stuff” which garnered national recognition. Also in 2012 Shun was accepted to Berklee College of Music and awarded a scholarship. During his first year in Boston, he performed his first show in the United States, sharing the bill with some of Boston’s finest acts including the legendary Livingston Taylor who said of him, “Shun is amazing, his talent rests on a rock-solid work ethic and the results are pure WOW!”

In May 2013, Shun Ng released a new video, “Get On With It.” Award winning producer Quincy Jones invited Shun to his home in Los Angeles where Shun performed for him in his living room.

“When you see Shun Ng, you won’t believe your eyes nor your ears—he belies all stereotypes, all preconceptions. I was simply blown away by both his soul and his science—his creativity and his uniqueness are astounding.” —Quincy Jones

Shun Ng is also very passionate about social justice. He began his involvement in social work at the age of 8 doing mission work in the slums of Hyderabad, India. In 2011 he released a Christmas album with all of the proceeds going toward financially supporting the college fees for the members of the Lahu Tribe in Chiang Rai, Thailand. He currently serves as the Director of Music at The Amber Initiative, a non-profit organization that deals with issues of social injustices around the world. He also works closely with the Next Step Organization’s program, SongStudio, whose mission is to empower young people with life-threatening illnesses to envision positive futures, develop strong coping skills, and share their experiences through music.