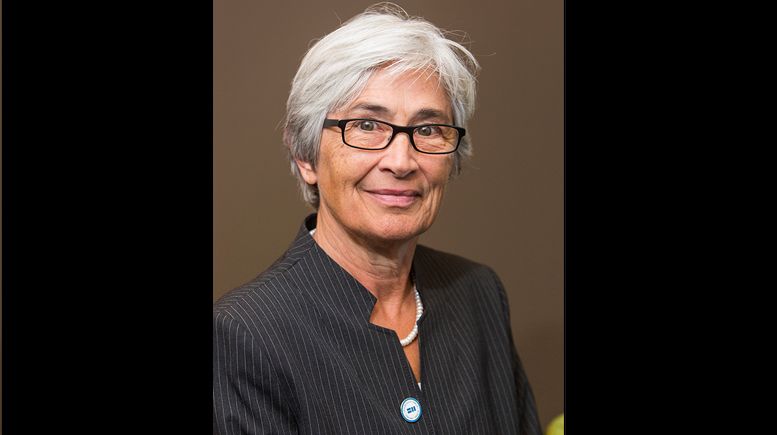 Courtesy of the family of Judy Bradford—

Judy was born in Rome, Georgia to Dr . Melvin G. Baynard, a surgeon, and Mary L. Crumb Baynard, a nurse, on December 17, 1943 and was raised in Franklin, VA. They influenced not only her interest in the field of medicine, but modeled a commitment to treating all patients regardless of their background.

Judy was a pioneer in the field of LGBT health research and a visionary in the field of health disparities. Her work has improved the lives of those whose minority status often makes their needs unseen or disregarded. She was uniquely able to make their voices heard by combining her social science training and quantitative skills with advocacy. She said “if you’re not counted you don’t count.” She developed a research expertise in the use of representative samples to examine these understudied, “hidden” populations. She recognized early on that if LGBT and other minority populations were not counted in population surveys then they would not be included in broader public health policies and interventions. She conducted research in sexual and gender minority health starting in 1983 when she partnered with the Virginia Department of Health to explore HIV and related social and environmental factors in affected populations. This research informed Virginia’s subsequent response to the AIDS epidemic. In 1984 she was the Research Director for the National Lesbian Health Care Survey, recognized by the Institute of Medicine as a landmark study. She provided leadership in building the Survey and Evaluation Research Laboratory at Virginia Commonwealth University (VCU) and served in the capacity of Director from 1994 to 2009.

In 1994 Judy began to work with scientists and advocates to organize a national movement addressing the health of lesbian, gay, bisexual and transgender (LGBT) people. This led to her involvement with Fenway Health in Boston, a leading LGBT health center. In 2001 she became Co-chair of The Fenway Institute (Fenway), a national center of excellence in LGBT health research, education and policy.

In 2009 she moved to Boston to work full-time at Fenway. There she played a key role in building a framework for LGBT-focused research and teaching. She was the first research scientist to head a National Institute of Health (NIH) funded population studies center focused on sexual and gender minority health, and the first to receive NIH funding to support a summer institute to train the next generation of LGBT health researchers at Fenway. Judy was a key influencer of NIH policy as a member of the Council of the National Institute of Minority Health and Health Disparities. She had the distinction of serving on the first Institute of Medicine (IOM) panel focused on lesbian health almost 20 years ago, and then was key in the IOM’s recent landmark report on sexual and gender minority health disparities. Over the years she received funding for over 100 research studies, published nearly 100 papers, gave hundreds of presentations around the world, served on multiple commissions/advisory councils and had an editorial role in over 20 publications. In recent years her research focused on issues related to transgender health, LGBTQ youth of color and older lesbians.

One of Judy’s primary passions was to train and nurture the work of the next generation of scientists in LGBT research. She has taught or mentored hundreds of students, especially at Fenway’s annual Summer Institute in LGBT Population Research where students come from across the country. Students not only received excellent training but were inspired by her “brilliance and compassion” and so appreciated her humility, accessibility and support.

Judy has left an enormous legacy. Any member of the LGBT community who has walked into a medical provider’s office and received competent and compassionate care has benefitted from her research and advocacy. She had an amazing intellect and a unique ability to conceptualize and distill complex research information making it accessible to others. This, with her genteel Southern charm, warmth and kind-hearted caring manner made her one of the most respected and loved ambassadors of LGBT health.

Judy balanced her prodigious work schedule with a rich personal life. She loved being on or near the water and was an avid kayaker and swimmer. She cherished her time with her dear wife Nan at their homes in Provincetown and Marblehead Massachusetts, as well as her home state of Virginia. When on land, she loved playing tennis, basketball and enjoyed birding. Gardening always provided a source of relaxation and a creative outlet.

Judy will be laid to rest in a private burial service Monday February 20, 2017 at Poplar Spring Cemetery, Franklin, VA. A celebration of her life will follow at 11 a.m. at Wright Funeral Home, 206 West 4th Ave., Franklin, VA with the Rev. Rock Higgins officiating. Condolences may be offered to the family at www.wrightfuneralhome.org.

In the spring Fenway Health in Boston will hold an additional celebration of Judy’s life.

We wish to express our gratitude to Dr. Liz Kass, Judy’s physician, for her caring support and guidance during the past three years.

In lieu of flowers, please consider a donation in her memory to Fenway Health, Development Office, 1340 Boylston St. Boston, MA 02215 or www.fenwayhealth.org.

Op-Ed: A Case for Making Gun Control an LGBT Priority