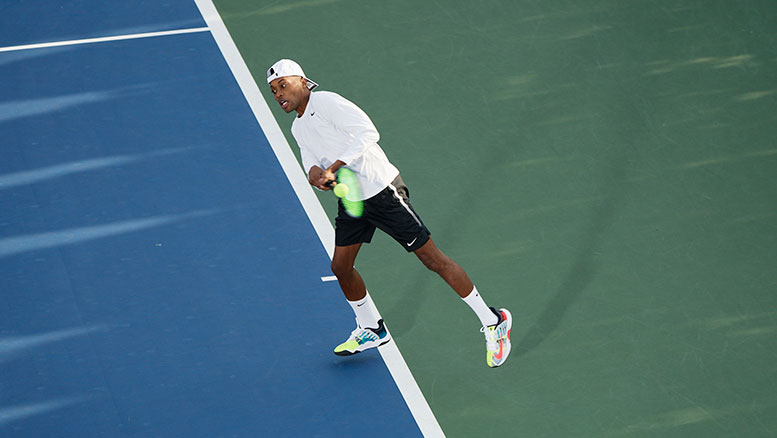 By: Shane Gallagher/Special to TRT—

While there have been several out and proud stars in women’s tennis, including Reneé Stubbs, Sam Stosur, and Grand Slam champions Martina Navratilova and Billie Jean King, the only male player in professional tennis to come out publicly was Brian Vahaly. He spoke about his sexuality for the first time in 2017, a decade after retiring from the game.

Lendale Johnson is changing that. As part of the ITF Pro Circuit, he is the first and only active professional tennis athlete to announce he is gay. He blames it on homophobia that he believes still exists in the sport and is calling for top male athletes to do more to help foster an environment where gay male players feel comfortable coming out publicly.

“There are well over a thousand players on tour,” he points out. “I can’t be the only one! Players are choosing not to come out and that has to change.”

We spoke with the 34-year-old tennis pro from his Brooklyn home.

Q: Why are male athletes afraid to come out as gay in tennis today?

Q: Why is it important that they come out?

A: Visibility is important. When fans see their favorite athletes living their truths, it offers a key for them to do the same. It also builds our allies. Fans see that gay athletes are just as competitive as straight athletes on the court. 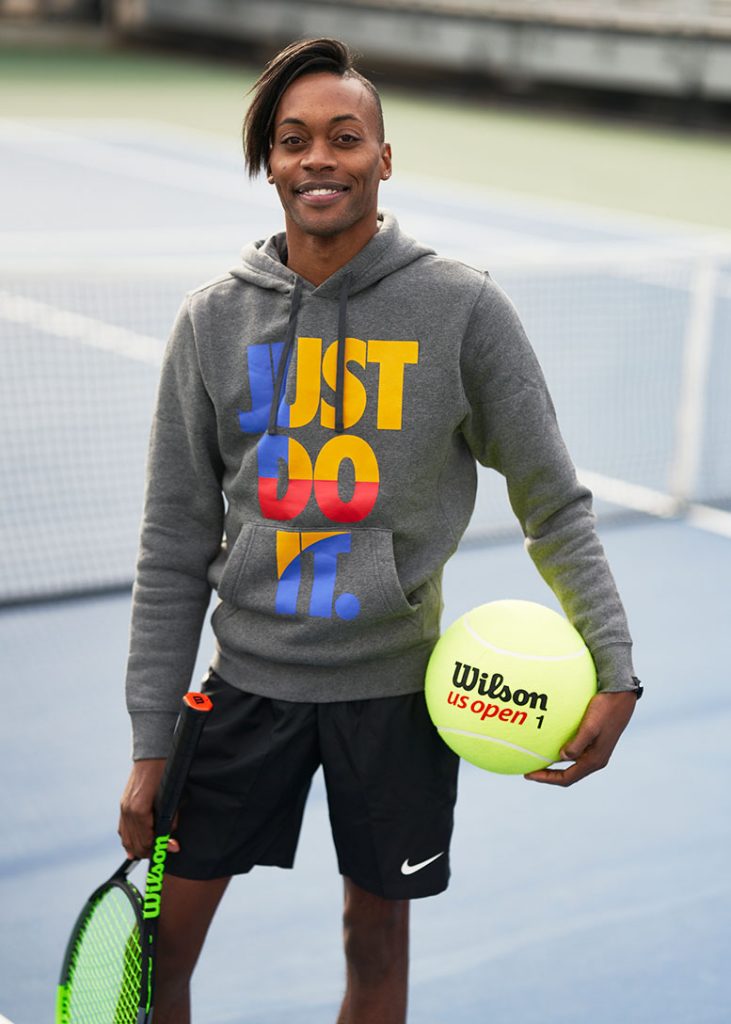 Q: For now, you are the only openly gay black tennis pro. How does that feel?

A: Powerful in the sense that I feel like I am helping to change the world. I’m forging my own path in this life and I feel blessed by God and the universe.

Q: What gave you the courage to come out as gay?

A: Honestly, I don’t know. I just did it. I guess I wanted to be free. In high school, sexuality wasn’t such an issue. My team captain was gay. Our coach was a low-key lesbian and there were other LGBTQ players on the team. I believe being free-to-be-me helped my game and I think it continues to do so today.

Q: Since coming out, have you experienced backlash within the professional tennis community or potential sponsors?

A: Not directly, but you never know who’s talking behind your back and plotting against you.

Q: Will the drama be chronicled on your new Amazon show, “Deuces and Love”?

A: Absolutely! The show will spotlight my very crazy journey in professional tennis including the challenges of being an openly gay player. I’m so excited for it to premiere this fall.

Q: What are you most thankful for this Pride?

A: I’m grateful for tennis, my new Amazon show, and also my school, The Johnson High Performance Tennis Academy in New York. We are a black LGBTQ-owned business and that makes me beyond proud.

Q: How will you celebrate?

A: Since the curfew has lifted in NYC, I have been very social! I haven’t made any solid plans yet so I guess we’ll see what happens. I might just have to buy shots for the entire bar!