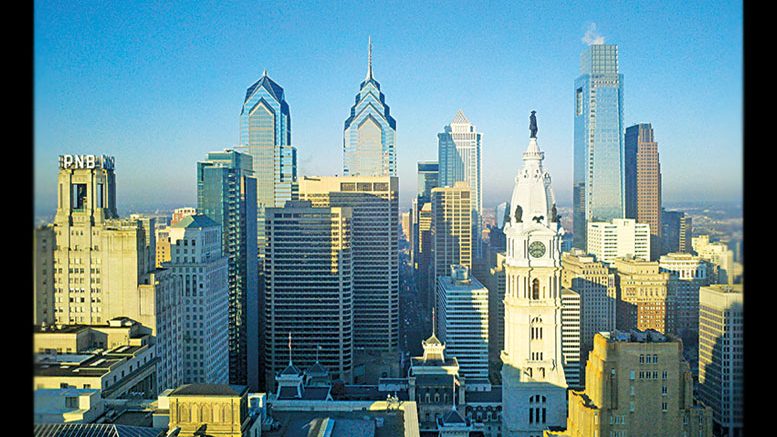 Anchored by urbane and culturally rich Philadelphia, and home to the charming river hamlet of New Hope, southeastern Pennsylvania has long been popular with LGBTQ travelers. In more recent years, however, this region characterized by lush river valleys, pastoral farmland, and several smaller diverse cities and college towns has developed increasing queer resonance in less expected places. With former industrial sites that have been transformed into museums and cultural spaces and one of the state’s largest LGBTQ populations, the Lehigh Valley is currently undergoing an impressive renaissance, while the capital city of Harrisburg has a steadily evolving art and food scene along with several noteworthy points of interest. And in the traditional heart of Pennsylvania Dutch Country, the increasingly hip and energetic city of Lancaster hums with cafes, cocktail bars, art galleries, and indie-spirited shops.

Whether you have just a weekend or several days to explore this part of the Keystone State, consider these noteworthy neighborhoods, attractions, events, and places to stay.

For decades, quaint New Hope (visitnewhope.com) and bucolic surrounding Bucks County (visitbuckscounty.com) have appealed to artists, writers, actors, and LGBTQ vacationers from New York City and Philadelphia. The village of New Hope and its neighbor across the Delaware River—Lambertville, New Jersey—form a pedestrian-friendly cluster of gay-friendly businesses and first-rate restaurants, including the rustic-chic Salt House gastropub, the funky cafe and brunch favorite Under the Moon, and the elegant Cajun-Creole-inspired Marsha Brown.

A little outside New Hope’s tiny village center, the gay-owned Raven Resort is a hot spot for nightlife, with a bar and dancing, a piano cabaret, a good restaurant, a fun seasonal pool scene, and overnight accommodations. Nearby draws include the historic Delaware Canal Towpath Trail, Bowman’s Hill Wildflower Preserve, and Washington’s Crossing Historic Park—where Gen. George Washington famously led his troops across the Delaware River. Nearby in the largest town in Bucks County, Fonthill Castle, Moravian Pottery, the Michener Art Museum, and the Mercer Museum all merit attention.

Stay: Set in an exquisitely converted early 1800s structure by the esteemed Bucks County Playhouse and overlooking the Delaware River, the Carriage House (carriagehouseofnewhope.com) has three upscale, contemporary rooms with spa-inspired baths and plush Italian and French linens—it’s the ultimate hideaway for celebrating a special occasion. Surrounded by several acres of fragrant gardens and lawns and located about 4 miles south of New Hope, the LGBTQ-owned Pineapple Hill B&B (pineapplehill.com) dates to the 1790s and contains nine gorgeously appointed guest rooms.

Centered around the cities of Allentown, Bethlehem, and Easton, the Lehigh Valley (discoverlehighvalley.com) is one of the state’s fastest-growing and most dynamic regions. There’s a little something for every kind of traveler in these parts, including a fascinating mix of colonial and industrial Victorian attractions in Bethlehem, which is home to such noteworthy arts attractions as the Kemerer Museum of Decorative Arts and the offbeat Banana Factory art center, as well as the engaging Historic Bethlehem Museums & Sites. Amid the South Side’s 10 acres of massive industrial buildings that once housed Bethlehem Steel, you’ll now find an innovative campus that includes the striking SteelStacks concert venue, the Hoover Mason Trestle elevated pedestrian path and a captivating National Museum of Industrial History.

In Bethlehem’s historic downtown, excellent eateries abound, including LGBTQ-supportive Apollo Grill and Fegley’s Bethlehem Brew Works, which has a second branch in Allentown, where you’ll also find great dining and drinking at Bell Hall and Union and Finch, and the festive Stonewall gay bar. Other LGBTQ-popular hangouts in the region include Two Rivers Brewing Company in Easton and Bonn Place Brewing on Bethlehem’s historic South Side.

You can learn more about the region’s prolific industrial history at the National Canal Museum in Easton, which is also home to the Crayola Experience, an interactive attraction devoted to where Crayola crayons have been manufactured for more than a century.

The state’s political center, Harrisburg (visithersheyharrisburg.org) is—in addition to having a scenic Susquehanna River setting—famous for its Pennsylvania State Capitol, an astonishingly ornate building that you can explore on a free guided tour. The annual Pride Festival of Central PA (July 27, centralpapridefestival.com) takes place on the Capitol Grounds, and there are also three gay bars downtown: Brownstone Lounge, 704 Lounge, and Stallions Club.

Home additionally to the exceptional National Civil War Museum and the State Museum of Pennsylvania, Harrisburg is also the gateway for visiting Hershey, with its chocolate-related attractions, family fun, and popular resort and spa.

Stay: The centrally located Hilton Harrisburg (bit.ly/2QheiLg) rises 15 stories above the city center, is a short walk from the river and the Capitol, and has plenty of welcoming amenities, including an indoor pool, fitness center, and two excellent restaurants. A stately mansion overlooking the Susquehanna River, the Manor on Front B&B (themanoronfront.com) is the most romantic lodging in the city—the six suites have a mix of fine antiques and modern conveniences.

Walkable and attractive—with dozens of appealing retailers and restaurants—the city center of Lancaster (discoverlancaster.com) is the perfect setting for an afternoon of browsing art, shopping for local goods, and sipping and snacking. Be sure to stop by the hulking Lancaster Central Market, where vendors have sold delicious local jams, produce, meats, and other treats since 1730. Along downtown’s main drag, Prince Street, you’ll find several notable art spaces along Gallery Row, and you can also tour the Demuth Museum, formerly the home of the early-20th-century gay painter, Charles Demuth.

In the evening, most restaurants and bars here cultivate something of a queer following, starting with the venerable gay neighborhood lounge, Tally-Ho Tavern, but also including a number of trendy eating and drinking spots, such as Cabalar Meat Co. butcher and restaurant, the Pressroom bistro, Passenger Coffee Roasting, and Pour Craft Food & Drinks. Downtown also abounds with theaters and performance venues, craft brewers and cocktail lounges, and quirky boutiques.

Stay: Get a feel for the city’s creative spirit with a stay at the decidedly hip Lancaster Arts Hotel (lancasterartshotel.com), whose 63 rooms are filled with eclectic artwork. In a 1910s Dutch Colonial house on the east side of town, the gay-owned Lancaster B&B (thelancasterbnb.com) has eight charming rooms and features a superb gourmet breakfast each morning.

One of the most progressive and LGBTQ-welcoming cities in America, Philadelphia (visitphilly.com) is also a vibrant hub of art and history. You can explore seminal Revolutionary Era sites in Old City, especially in and around Independence National Historical Park. Philadelphia’s compact and central Gayborhood contains a slew of buzzy LGBTQ nightspots and excellent restaurants. Several of the latter are owned by chef and restaurant partners (in business and in life) Valerie Safran and Marcie Turney, including retro-American Bud & Marilyn’s and the Spanish wine bar and tapas spot, Jamonera.

Art lovers shouldn’t miss the Barnes Foundation, an internationally acclaimed, and rather idiosyncratic, art collection set in a stunning contemporary space. Especially well-represented are Impressionist and Modernist artists, including Renoir, Cezanne, and Matisse, and Lancaster’s Charles Demuth. Nearby, check out the renowned Rodin Museum, which contains the largest collection of the eponymous artist’s sculptures outside Paris, and the Philadelphia Museum of Art, set in a dramatic Greek Revival building. Head a bit east and north of the City Center to find Northern Liberties and Fishtown, two hot neighborhoods for craft beer and cocktails, third wave coffeehouses, and distinctive dining.

Notable upcoming events town include the Philadelphia Trans Wellness Conference (July 25–27, mazzonicenter.org/trans-wellness), which is the largest free trans-focused conference in the world; and Philadelphia OutFest (Oct. 13, phillygaypride.org), a hugely attended annual gathering in honor of National Coming Out Day.