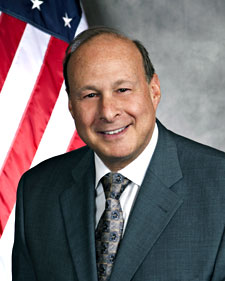 The Massachusetts Commission on Lesbian, Gay, Bisexual, Transgender, Queer, and Questioning Youth released a report in March recommending policy changes for state agencies that serve LGBTQ youth. Since 1992, the Commission has been tasked with making annual policy recommendations to address issues such as harassment, assault, suicide attempts, and homelessness, which affect LGBTQ youth at high rates.

“As Executive Director of BAGLY and a member of the Massachusetts LGBTQ Youth Commission, I enthusiastically support the Commission’s latest recommendations addressing the health and well-being of LGBTQ youth in the Commonwealth,” said Grace Sterling Stowell, executive director of the Boston Alliance of Lesbian, Gay, Bisexual, Transgender, Queer/Questioning Youth (BAGLY). “I believe that all of the Commission’s recommendations are critically important in helping to address the significant safety and health disparities facing LGBTQ youth in their families, schools and communities, and so I applaud the work of my colleagues and our state agencies in developing these priorities.”

Mass. Senate President Stan Rosenberg said he usually does not like to pick one specific agenda item as most important, but in this case said he strongly agreed with the first core recommendation on data collection.

“We make better laws with better information. Privacy and confidentiality must be paramount during this process to ensure we protect all residents’ information,” said Rosenberg. “If agencies and secretariats adopted methods of data collection to take a deep dive into the issues surrounding LGBTQ youth, they could adopt policies and procedures to more effectively serve the community. This would really get to the heart of providing services to our LGBTQ homeless youth, which is an enormous problem that we must address and potentially save taxpayer dollars.”

Erica Kay-Webster, founder, CEO and president of the Foundation For International Justice, Inc. and CEO and executive director of Promise Place School, spoke to the importance of providing LGBTQ youth with IDs. [pullquote]When The Rainbow Times asked why Polito opposes the expansion, the governor’s communications director, Tim Buckley, provided the following statement: “The administration fully supports the Transgender Equal Rights Act that became law in 2011 because the administration believes everyone in Massachusetts should be protected against discrimination and prefers the current law regarding public accommodations.”[/pullquote]

“These ID cards are necessary and essential for youth to be able to obtain benefits and employment,” said Kay-Webster. “We recently worked with one homeless young person who could not apply for food stamps because she didn’t have an ID card. The reason this young person did not have an ID card is because her own driver’s license had been confiscated by her own mother, who refused to return it to her own daughter. In this case we were able to step in and provide her with groceries to see her through until she applied for and received a new driver’s license in the mail. Whenever anyone goes for a job interview, in order to be able to get hired, they are required to provide identification to prove American citizenship or legal foreign citizenship. By having the identification cards our youth would be able to begin a job search and obtain valuable services to see themselves through until employment.”

“The thing that really is close to my heart since I myself am an immigrant is the recommendation given to the Office of Refugees and Immigrants,” said Coco Alinsug, senior manager of outreach and insurance at Fenway Health and a member of the Commission. “It’s about time that they identify LGBTQ affirming medical, housing, legal, and community resources. A lot of these groups are still naive to the LGBTQ community, or no policy is in place for LGBTQ community immigrants.”

Additionally, one of the Commission’s priorities is a bill currently pending before the legislature that would add gender identity to the state’s public accommodations law.

“Public accommodations protections for transgendered youth will provide recourse for transgendered youth who are bullied or harassed in a public environment,” said Rosenberg. “I would like to commend the Commission’s report by highlighting national data about such high levels of harassment (78 percent) among LGBTQ youth. All of our young people deserve protections from harassment and bullying, and public accommodation will go a long way helping our LGBTQ youth.”

While Mass. Governor Charlie Baker and Lt. Governor Karyn Polito support the work of the Commission, with Polito attending a ceremony swearing in the members of the Commission in mid-March, both Baker and Polito oppose expansion of the state’s public accommodations protections. When The Rainbow Times asked why Polito opposes the expansion, the governor’s communications director, Tim Buckley, provided the following statement: “The administration fully supports the Transgender Equal Rights Act that became law in 2011 because the administration believes everyone in Massachusetts should be protected against discrimination and prefers the current law regarding public accommodations.”

Kay-Webster said the Public Accommodations Bill stands out to her as especially important.

“As an elder trans woman, I lived during the Civil Rights movement of the 1950s and 1960s. My grandparents took me on a trip from California to Georgia when I was just fourteen years old, and I clearly recall the hateful and discriminatory signs posted at restaurants, restrooms, motels, and water fountains in the South,” said Kay-Webster. “Basically, without the passage of the Public Accommodations Bill, Massachusetts is condoning these same hateful and discriminatory actions in our great Commonwealth. The trans youth of today should not have to live under the same conditions that were once considered normal in the South over 50 years ago. It is time for Massachusetts to catch up with the other States that have already passed such legislation. If the Public Accommodations Bill is not passed in 2015, The Foundation For International Justice is prepared to take legal action.”

To read the full report and all of the Commission’s recommendations, visit http://tiny.cc/massgovyouth.