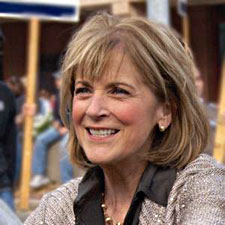 “Martha Coakley and I are committed to helping more young people achieve their potential by making higher education more accessible and affordable,” said Steve KERRIGAN, Coakley’s running mate. “Supporting our great public higher education institutions is a priority for both of us. That’s far different from Charlie Baker’s priorities. Instead of seeing the potential for our economy and our students’ futures, he made our public higher education system a target for harsh budget cuts.”

For any qualified student demonstrating a financial need to attend community college and can’t cover the expense with traditional financial aid, the state will cover the remainder. A full-need financial aid policy recognizes the importance of expanding access to post-secondary education, both to increasing opportunity for young people and to putting Massachusetts on the path to long term economic prosperity.

In 2012, 66% of higher education students in Massachusetts graduated with some amount of loan debt, and the average debt load was nearly $28,500. To help lessen the burden of debt, Coakley is calling for Massachusetts to join 34 other states in establishing a $5,000 tax deduction for families that make contributions to Massachusetts’ 529 college saving plan. This will provide a powerful incentive for families to start investing both more and earlier for their children’s college education, and will reduce the long-term financial burden for many students.

As Secretary of Administration and Finance (ANF) in the 90’s, Charlie BAKER authored state budget proposals that called for cuts in funding for higher education. For example, the Fiscal Year (FY) 1996 budget initially called for cutting $25 million from state colleges and universities (a figure that was later reduced to $10 million following criticism). Baker’s budget the next year sought a cut of at least $30 million. [pullquote]And in Baker’s first run for governor 2010, Michael Widmer, president of the Massachusetts Taxpayers Foundation, said that Baker’s tax plan could “require drastic cuts across all of state government,” including to higher education, which was already suffering from major cuts that accompanied the recession.[/pullquote]

During Baker’s tenure as Secretary of ANF, Senate President Tom Birmingham criticized the Administration for cutting the education budget by almost $100 million, including a cut to higher education of more than $50 million, in order to pay for tax cuts.

And in Baker’s first run for governor 2010, Michael Widmer, president of the Massachusetts Taxpayers Foundation, said that Baker’s tax plan could “require drastic cuts across all of state government,” including to higher education, which was already suffering from major cuts that accompanied the recession.