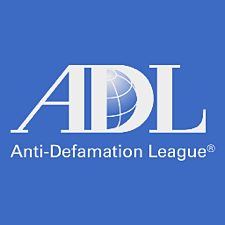 BOSTON ─ Today, by a vote of 143 to 4 the Massachusetts House passed H. 3909, An Act Relative to Bullying in Schools, which updates the state’s anti-bullying laws to include specific protections for youth populations that are the most frequent targets of bullying, including LGBT youth. In response, MassEquality Executive Director Kara Coredini made the following statement: [pullquote]”This is a great step forward in ensuring that all students in the Commonwealth have the opportunity to thrive in a safe and welcoming academic environment. [/pullquote]

“This is a great step forward in ensuring that all students in the Commonwealth have the opportunity to thrive in a safe and welcoming academic environment. MassEquality applauds Attorney General Martha Coakley for recommending and championing this critical update to our state’s laws, lead House co-sponsor Representative Alice Peisch and her peer co-sponsors for introducing and advocating for the legislation in the House, House Speaker Robert DeLeo for bringing the bill to a vote and everyone in the House who voted for it. When it becomes law, it will save lives. We urge the Senate, where the legislation is championed by lead co-sponsor Senator Sonia Chang-Diaz, to act quickly to send the bill to the Governor’s desk for his signature.”

An Act Relative to Bullying in Schools enhances the state’s landmark 2010 anti-bullying law by requiring school districts to include in their bullying prevention plans recognition that certain categories of students, including LGBT students, are particularly vulnerable to bullying. It also establishes a data collection and reporting mechanism to allow policy makers and administrators to evaluate the effectiveness of anti-bullying efforts, an element which has been publicly supported by Auditor Suzanne Bump.  The legislation is based on recommendations developed by a commission created by the state’s 2010 anti-bullying law, which was chaired by Attorney General Martha Coakley.

“We welcome passage of this education bill designed to further enhance the State’s anti-bullying efforts.  Speaker DeLeo, Representative Alice Peisch, and the Massachusetts House of Representatives warrant the thanks of students, parents and teachers for their leadership on this issue,” said Robert O. Trestan, Anti-Defamation League New England Regional Director. “All students have the right to participate fully in the educational process, free from harassment and bullying.  This bill provides added protections from bullying by enhancing accountability, data collection and clearly identifying the students who should be protected. We urge the Senate to join the House in supporting this critical measure.”

Today’s vote sets the stage for Massachusetts to finally catch up to at least 15 other states whose anti-bullying laws have explicit protections for LGBT youth in schools, which are necessary to ensure that harassment of LGBT students is not overlooked or disregarded, as anti-LGBT activity in schools historically has been. In the 2011 National School Climate Survey of the Gay, Lesbian and Straight Educators Network, students in schools with comprehensive policies were more likely than students in schools with a generic policy or no policy to report that staff intervened when hearing homophobic remarks (28.3% vs. 12.2% vs. 8.8%) or negative remarks about gender expression (19.0% vs. 10.5% vs. 8.4%).

According to the 2011 Youth Risk Behavior Survey (YRBS), bullying and harassment based on sexual orientation was the most common form of bullying in the Commonwealth’s schools. High school students who identify as LGB (the YRBS does not ask about gender identity) were twice as likely as their straight peers to report being bullied and nearly five times as likely to attempt suicide.

The Anti-Defamation League, founded in 1913, is the world’s leading organization fighting anti-Semitism and hate through programs and services that counteract hatred, prejudice and bigotry.