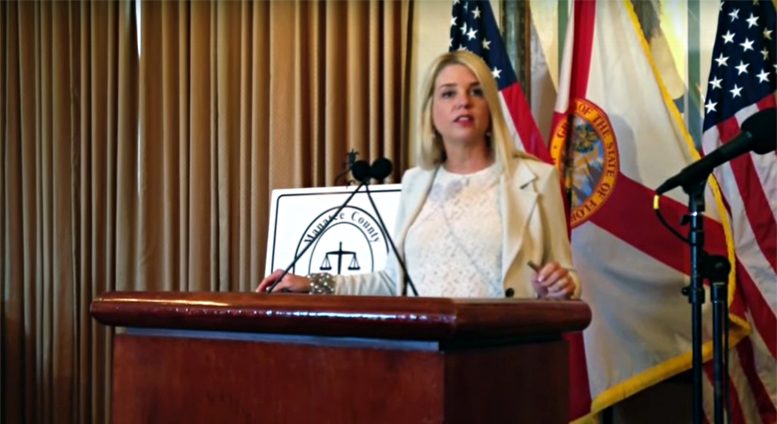 Fla. Attorney General is also one of the many Republican political figures who have used anti-LGBT sentiment.
Photo: PamBondi.com

Anti-LGBT words from political or influential figures carry consequences, in this case a massacre against mostly LGBT people of color

“Yesterday’s attack in Orlando was an act of terrifying hate toward our community. The shooter attacked an LGBT bar on Latinx night during Pride Month, brutally targeting innocent lesbian, gay, bisexual, and transgender people of color and others who had gathered to socialize and celebrate. Our entire community and everyone who values human life is reeling from that unfathomable brutality. We are sickened by the loss of precious and irreplaceable lives. Our hearts ache for the families and friends of those murdered and the terrible devastation those losses will continue to bring in the day, months, and years ahead.

“We can do nothing to bring back the lives of those murdered, but we can and must bring an end to the anti-LGBT bigotry and discrimination that are still rampant across this country and the world. In the past two years, cowardly and irresponsible politicians have proposed more than 200 anti-LGBT laws—including those passed this year in North Carolina and Mississippi.

“Make no mistake, these laws and the pandering of so many elected officials to those who promote anti-LGBT bias, foster a toxic climate. As we struggle to recover from this devastating attack, we must be clear: there is no place for hate in this country, and no excuse for any elected official to vilify vulnerable communities based on their sexual orientation, gender identity, race, national origin, religion, immigration status, or any other personal trait. We must be especially vigilant against anti-Muslim bias and shameful attempts to demonize Muslim communities. How we respond to this horrific attack will be a test of our nation’s character, witnessed on a global scale. As we reflect on and mourn these terrible losses, let us find the strength to transform our pain and grief into collective action and a deep, unshakeable resolve to hold ourselves and our elected officials accountable for building a world of equality, peace, and justice.”