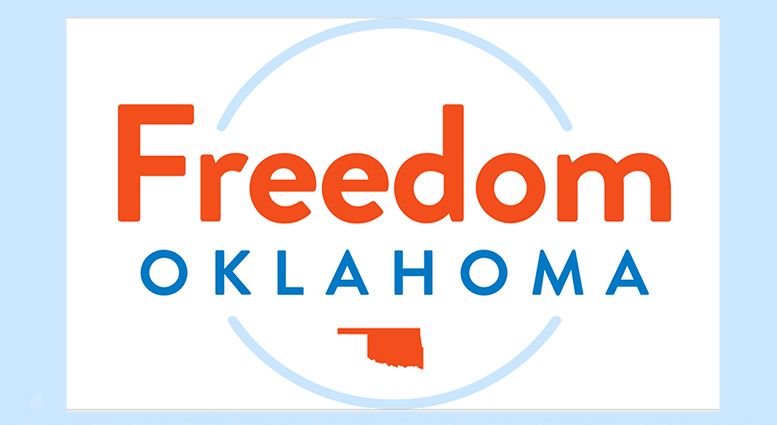 “When our family moved to the town of Hitchcock in rural Oklahoma we thought we were buying our last house, we wanted to know our neighbors by their first names and grow old together, but we were soon met with hatred, suspicion, and discrimination,” said plaintiff Randy Gamel-Medler. “We were terrorized, murder threats were made against our seven year-old African-American son. Town officials conspired to run us out of office, all while local law enforcement ignored our pleas for help. We are now left with the last 27 years of our life literally erased. What do we do now?”

Gamel-Medler, a white gay man with a seven year-old African-American son, was first threatened in September 2016 at a town council meeting only one month after moving to Hitchcock, Oklahoma. Upon learning that Gamel-Medler had an African-American son, defendant Meradith Norris, a town of Hitchcock Trustee, asked, “What’s going to happen when your house burns down and we don’t send out the fire trucks?” In response, Gamel-Medler filed a police report, but no criminal action was taken.

“We must not forget that after years of progress, crimes of bias still exist. The allegations in Hitchcock are horrific, and show the intersection of hate aimed at the both the African-American and LGBTQ Communities. Freedom Oklahoma stands with all victims of bias, and will work vigilantly to ensure the state of Oklahoma passes Bias-Crime Protections for all Oklahomans,” said Freedom Oklahoma Executive Director Troy Stevenson.

In early May 2017, Gamel-Medler was performing his duties as town clerk by clearing an obstruction from the road when he was assaulted by defendant Jonita Pauls Jacks, who tried to enter Gamel-Medler’s truck and then after realizing it was locked began shaking the truck, called him a “f***ing queer,” and stated, “I’m going to grab your little boy, rip his n***er head off, and sh** down his throat.” When Gamel-Medler attempted to file a police report after this incident, he was informed that the mayor had already described this incident to the police. The Deputy Sheriff refused to take a report, said that this is just how these folks are, and characterized the incident as free speech.

“This abhorrent incident underscores the urgent need for our communities and public officials to commit to combatting the epidemic of hate-based violence that continues to plague too many in the LGBTQ community,” said Robin Maril, HRC’s Associate Legal Director. “No family should have to fear for their safety because of who they are or whom they love. LGBTQ people in Oklahoma and around the nation need action. We must demand training to ensure that law enforcement officials have the tools they need to partner with LGBTQ community-members and to swiftly respond to hate crimes with sensitivity. Adoption of mandatory reporting requirements for hate-crime statistics coupled with the passage of statewide LGBTQ-inclusive hate crimes and non-discrimination protections are also essential to ending this violence. Our hearts go out to the Medler family during this incredibly difficult time.”

Over the next several weeks, the complaint states that one or more of the defendants threw gravel several times at Gamel-Medler’s home, posted a sign outside of the post office stating that “the town clerk is a “f***ing queer,” and attempted to run a friend of Gamel-Medler’s off of the road.

“No family should live in fear or have to endure harassment and threats based on racism and homophobia,” said Shannon Price Minter, legal director at LGBTQ national legal organization NCLR. “We must hold those government officials, members of law enforcement, and others accountable.”

“The horrific treatment of this man and his child are a terrible reminder of how hatred and bigotry feed off of each other. I hope this lawsuit will bring justice for him and social awareness for everyone,” said the attorney on this case, Mark Hammons of Hammons, Gowens, Hurst, & Associates.

A time-stamped copy of the filed complaint is attached.