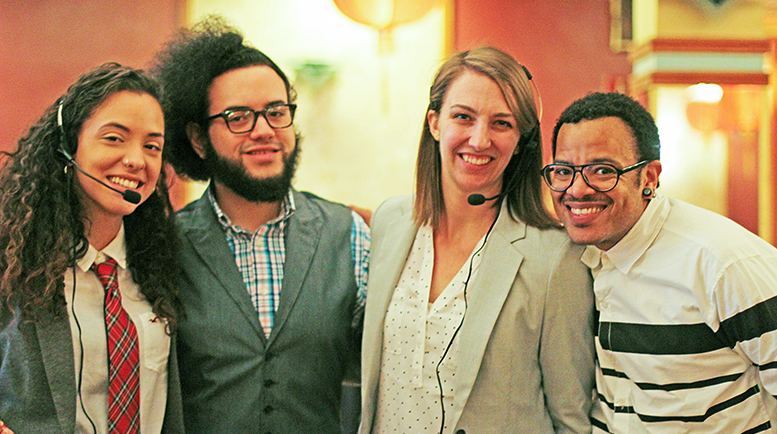 Following sexual assault and harassment allegations against Harvey Weinstein surfacing in October, the #MeToo movement has received significant media coverage and garnered attention at several high-profile events such as the Oscars, Grammys and even this year’s local Women’s marches.

However, New England-based groups focused on sexual and domestic violence are steering clear of bringing the #MeToo message to this year’s Boston Pride Parade and festivities.

“While we feel it is important to talk about sexual harassment in our communities, we feel that the … campaign is too limiting in its scope,” said Sabrina Santiago, co-executive director at The Network/La Red (TNLR), an LGBTQ partner abuse support and social justice organization. Santiago claims that the #MeToo movement hasn’t been inclusive of the experiences of transgender women and the LGBTQ community. The movement has also, according to Santiago, apparently refrained from portraying women as perpetrators in some instances of sexual and domestic violence.

The Boston Area Rape Crisis Center (BARCC) plans to bring the general #MeToo message to the Parade in their own way.

And BARCC has, in the time since the inception of #MeToo, tried to shed light on the movement in their own capacity.

“We felt like one of our jobs was to make people think about #MeToo in a broader way…than is shown in the media and … typically talked about,” she said.

BARCC also aims to, “try to create platforms to bring in the conversation about how [#MeToo] affects people that don’t fit” the traditional narrative of victimization, according to Scaramella. They plan to continue these efforts at the parade.

What the Data Says

The #MeToo movement has brought awareness to issues incredibly pertinent to the LGBTQ community.

“Intimate partner violence affects LGBTQ people just as it affects [others]—we are not immune,” said Janson Wu, executive director of GLBTQ Legal Advocates & Defenders (GLAD) in Boston. “What is more challenging is that it can be more hidden within the LGBTQ community, because of stigma around our relationships and our families, as well as gender stereotypes that particularly impact same-sex relationships.”

And domestic violence and sexual assault pervade the LGBTQ community at much higher rates than other groups.

For example, according to the Centers for Disease Control’s National Intimate Partner and Sexual Violence Survey (CDC), approximately 22 percent of bisexual women and nine percent of heterosexual women have experienced sexual assault in their lifetimes.

Or, as found in the 2015 United States Transgender Survey, almost 47 percent of transgender individuals are sexually assaulted at some point in their lives.

It’s “less about statistics and rates, and more about the barriers and stigma this community faces when looking for support services,” said Lauren Kourabas, assistant manager for Fenway Health’s Violence Recovery Program (VRP) a grant-funded initiative working with LGBTQ survivors of domestic violence, sexual assault and other forms of abuse.

“LGBTQ survivors are less likely to seek support from hospitals, police, counselors and health centers … and [are] less likely to disclose abuse,” she continued. “Depending on the other identities an individual may hold … the barriers [to] seeking support tend to increase.”

“I will be focusing on intersectionality, which includes #MeToo,” she said.

Trigilio teaches Women’s and Gender Studies at Simmons College. Along with this, she has a “long history of helping students and colleagues deal with sexual harassment and assault—so I understand the topic quite well,” she said.

“[I]t is important to communicate a message that ‘you are seen, you can heal, and there is support.’”

According to advocates, a message of support, awareness, and attention is crucial for issues like sexual and domestic violence.

“Campaigns and events that center [on] the experiences of survivors are the best way to bring awareness to the issue,” said Santiago.

“There is a place for awareness and visibility in a larger celebration that catches peoples’ attention,” Kourabas said. “[I]t is important to communicate a message that ‘you are seen, you can heal, and there is support.’ The message can be hopeful and focused on the community that exists as a healing tool.

“What makes trauma that much more impactful is the isolation. I think Pride and other celebratory venues are a perfect place to communicate support, healing, and community.”