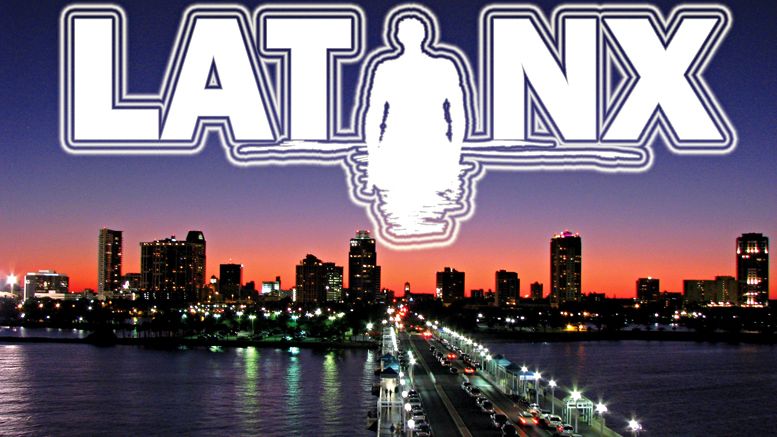 Sixty-five days after the worst mass shooting in U.S. history, doctors at Orlando Regional Medical Center upgraded the status of the last surviving victim of the Pulse nightclub shooting from “critical condition” to “guarded condition.” Dr. Michael Cheatham, who treated victims of the shooting, referred to the survival and recovery of the six critically wounded as a “miracle.”

On the evening of June 12, 49 people were killed and more than 50 were wounded in an attack on a gay nightclub that made international headlines. In the days and weeks after the shooting, emotional discussions ignited publicly around gun reform, immigration, mental health, and LGBTQ rights. In Massachusetts, Attorney General Maura Healey stridently took action to maintain the Commonwealth’s ban on assault weapons and specifically ensure that “copycat” assault weapons were not sold or trafficked in the state.

The incredibly high death toll combined with the harrowing stories of survivors and the heated national discourse over gun rights overshadowed an injustice that many public conversations overlooked: the devaluing of the lives of Latinx people (note: the word “Latinx” is an umbrella term that encompasses binary, non-binary, queer, agender, and genderfluid identities as well as the many ethnicities that compose Spanish-speaking communities worldwide. The term is the gender-neutral alternative to “Latino,” “Latina,” and even “Latin@.” Used by scholars, activists, and an increasing number of journalists, Latinx is quickly gaining popularity among the general public (goo.gl/9j9V8Z).

“As a gay Latino, I was deeply saddened by the massacre that took place in a Latino LGBT space in Orlando … ” said Iván Espinoza-Madrigal, the executive director of Boston-based Lawyers’ Committee for Civil Rights and Economic Justice. “The bottom line is that we can’t talk about Orlando as an LGBT incident without acknowledging that the violence predominantly affected Latinos and people of color.”

Twenty-three of the 49 people killed in the Pulse nightclub shooting were of Latin descent. Specifically, they were all identified as Puerto Rican. As mainstream media outlets covered the tragedy, delved into the life of the shooter, Omar Mateen, reported on the experiences of the survivors, and attempted to piece together the hours-long shoot-out, there was a noticeable silence when it came to the ethnicity of many of the victims.

Oversimplifications became commonplace and the shooting was largely viewed as an LGBTQ issue; there was rampant speculation about Mateen’s sexual orientation and alleged ties to terrorist groups. Many used the deaths of the clubgoers to expound upon larger issues affecting the LGBTQ community or to even denounce the LGBTQ community altogether.

In Columbia, MO, a college student at a vigil for the victims attempted to discuss racial equity in the context of the shooting and was abruptly heckled by two gay white men. A Sacramento, CA pastor, Roger Jimenez, gave a sermon denouncing the victims of the attack as “perverts” and praised Mateen’s behavior as an act that made Orlando “ … a little safer … .”

The focus of national conversations on the sexual orientation of the victims left many in the Latinx community feeling that the cultural identities of those killed and the survivors were discarded.

Yepes, who prefers the pronouns they/them/their, is referring to the June 12 “Latin Night” theme at Pulse.

“A good example is the way many white gay men, locally and nationally, responded to Pulse by posting photos of themselves kissing their white partners and proclaiming ‘love is love,’” they continued. “By presenting their resistance in a way that eliminates the narrative of race and paints them as equal victims of the violence … they have effectively ‘whitewashed’ the narrative and excused themselves [from] any dialogue on their own roles in racism, sexism, xenophobia, transphobia, [and other issues].”

Aida Manduley, a therapist and sex educator also preferring they/them/their pronouns, said that the issue of race was discussed minimally in the media because it’s easier for the public to downplay it.

“There’s just a lot of silence, especially when people want to see themselves mirrored in a tragedy … in the attempt to build a bridge or connection, they erase a lot of important nuance,” they said. “ … [The] media whitewashes tragedies and reserves its racialization for discussing perpetrators. The speed with which the shooter’s race and religion came into question, the speed with which Islamophobia began to get spewed, came as no surprise. These patterns also emerge outside of the media, in big part due to how fraught conversations of race can be, and how people can divert attention to discussing things like gun control and mental health because those can more easily be removed from the realm of confronting the tough realities of how certain communities are oppressed.”

“The Latinx LGBTQ community sits invisible in discussions, celebrations, or advocacy in the dominant LGBTQ community,” said Maricel Sheets, an active member of Boston’s Hispanic Black Gay Coalition (HBGC). “The media focused on the assailant’s motivation for the Pulse nightclub shooting being about sexuality and failed to mention the majority of the victims being Latinx because of media outlets’ inability to skillfully discuss the vulnerability of being of a [particular] race/ethnic group in this country.”

The nuances of Latinx identities and the oppression the community faces can be lost on many people. According to Sheets, many Latinx people face racism, colorism, sexism, homophobia, transphobia, and myriad other forms of oppression.

“As a young child, hearing the negative comments from family about my African features; society’s limitations of my physical and intellectual ability based on my gender; and living in a majority minority community witnessing first-hand the negative impacts of being segregated from quality schooling are a few ways I’ve experienced being oppressed,” she said. “These daily experiences definitely influenced why I was not able to embrace my sexuality until my mid-20s, after I already married and had children.”

“I think it’s important to remember that some Latinx [people] identify as black, Afro-Latinos in particular, and others don’t,” said Isabelle Delgado, also an active member of HBGC, of colorism within the Latinx community. “As a queer Puerto Rican with African lineage and a brown father, I still recognize that my light skin—and in some cases white-passing privilege—has afforded me so much more opportunity than those with darker skin.”

Even within the Latinx community, according to Manduley, the “white vs. black” dynamic plays a harmful role in relationships. 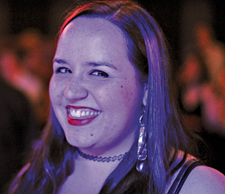 “ … it’s really important to recognize the ways in which there are still racial hierarchies based on skin color and how someone’s ‘balance’ of lineage affects their life,” they said. “White Latinxs overall have better health and economic outcomes than Latinxs who have greater—and often more visible—connections to native and/or African heritage.”

Within the larger LGBTQ community, Latinx people are often on the fringes, according to Yepes .

“ … Latinx communities are often in low-income [and] low-funded neighborhoods as a product of capitalism fueled gentrification, which results in poor academic performance, low high school graduation and college retention rates, and minimal presence at the top-tier level of many industries, which leads to continuous repetitions of the cycle of marginalization,” they said.

Espinoza-Madrigal of the Lawyers Committee for Civil Rights and Economic Justice said that racism and bias against people of color contributes to a larger societal decay.

“Flawed stop-and-frisk policies, police confiscation of condoms as evidence of prostitution, and incidents of police brutality that result in countless deaths are all powerful reminders that over-criminalization and mass incarceration are daily realities for far too many people based on their race, class, sex, sexual orientation, gender identity, immigration status, and health status,” he said.

He also noted that with the demographic shift over the last several years, Latinx people are increasing in numbers across the country, but are underrepresented in positions of authority.

“ … one in five Bostonians is now Latino. But Latinos make-up less than 9% of the Boston Police Department,” he said by way of example. “We are profoundly underrepresented. We need to reject the black/white paradigm, and replace it with a more nuanced and complex lens that takes into account the experiences of all people of color, immigrants, undocumented people, low-income folks, people with disabilities, LGBTQ folks and those living with HIV.”

Though Manduley said they feel similarly about the demographic shift, an increase in numbers will not solve all problems.

“We must … not confuse numeric growth with political power and material power,” they said. “Just because we are a growing demographic doesn’t mean that suddenly white supremacy is going to topple over at our feet … we can harness the power of our people for change, but it has to be active, strategic, and intentional; it’s not just a numbers game.”

Race has become a hot-button issue in the presidential election with such topics as the Black Lives Matter movement and immigration causing intense debates and polarizing discussions amongst Democrats and Republicans.

“Truthfully, I don’t think immigrant communities really win 100 [percent] with either candidate,” said Yepes. “If we end up with Trump we’re left at the mercy of blatant racism for at least another four more years and if we end up with [Clinton] we suffer at the hands of ‘behind the curtain’ policies that result in the deportation and deaths of many in our communities.”

Republican presidential candidate Donald Trump has made several controversial statements about Latinx people, the most infamous of which is a commitment to “build a wall” between the United States and Mexico to stave off undocumented immigrants from entering the country. Most recently, Trump met with Mexican President Enrique Peña Nieto and discussed plans to build the wall.

“ … this country was built by [forced and willing] immigrants and … the lack of transparency by those in power who benefit from undocumented immigration reinforces for me that the real issue is what systematic approach will maintain economic and socio-political power in this country for white people,” said Sheets, who said she feels that Latinx people have an obligation to exercise their right to vote as one of the largest-growing demographics in the nation.

Manduley said that the current discourse on race in this country, particularly in the presidential campaign, has turned into “danger and vicious” rhetoric that has trickled down into the day-to-day conversations of many.

“ … many of us are assaulted daily by these comments—whether in passing jokes at work from well-intentioned liberals, at cafés whose screens are tuned into the news, or by simply turning on the radio,” they said. “This has a negative mental health impact right now. This is not just a problem of ‘who will be president,’ but how we even talk about the presidential race and how this almost inescapable toxic discourse infiltrates our day-to-day [lives].”

At its core, Yepes said that racism against Latinx people contributes to a fixation on “otherness,” a preoccupation that they’ve consistently seen play out in relationships with white people.

“I cannot count the number of times that white individuals ask ‘where are you from?’ and … when I reply ‘Boston’ they say, “No, but where are you from?!’” they said. “What does it matter? Why do you need to know or confirm for yourself that I am from another country? For one, it is none of your business. Two, it is not a perfectly innocent question because the same types of responses are not expected from white individuals and that is a nuance that needs to be explored heavily. And lastly, why is it so hard to digest the idea that I may in fact be a U.S. born or naturalized citizen?”

[NOTE: The Rainbow Times, Eastern Bank and Harvard Pilgrim Health Care, presented a Tribute to the Families and Friends of the Victims in the July, 2016 issue of TRT. As well, dozens of other businesses participated in the Tribute, and the complete issue was dedicated to the fallen members of the Latinx LGBTQ community, mainstream LGBTQ and allies.  The complete issue can be found here].