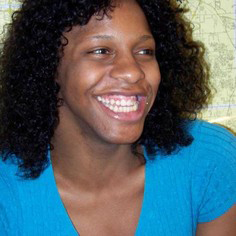 By: Bet Power*/Special for TRT–

On June 5, 2011, a young African American, transgender woman survived a violent attack motivated by racism and transphobia in South Minneapolis, Minnesota. After one of the attackers was stabbed and died at the scene, CeCe McDonald now stands falsely accused of two counts of felony murder. CeCe fought back in self-defense, yet today the only person arrested and sitting behind bars is the victim, CeCe McDonald. First the target of a racist, transphobic assault and since, the hostage of a legal system incapable of fairly serving transgender people and people of color, CeCe needs support from the community in order to achieve justice.

Trans author and activist Leslie Feinberg has asked me to help organize for CeCe’s release from prison, and I am asking you to do the same. I stand shoulder-to-shoulder with Leslie on this, and heart-to-heart with CeCe McDonald.

Individual and organizational endorsement of a letter of support calling for the charges against CeCe to be dropped could free CeCe and end this tragedy.
While there are varied accounts of what happened that night, CeCe and her companions all agree on the following details. Late at night, CeCe was walking to a grocery store with some friends, all young African Americans, and queer or allies. As they passed a local bar, a group of older white people standing outside the bar’s side door started hurling racist and transphobic slurs at them without provocation. These slurs included the “n” word, “faggot,” “chick with a dick,” and “Go back to Africa.” One of the white women smashed her glass into CeCe’s face, puncturing her cheek all the way through and lacerating her salivary gland. One of the group even said that Ms. McDonald was dressed as a woman in order to rape Dean Schmitz, one of the attackers. During the incident, Mr. Schmitz was fatally stabbed. CeCe was unarmed, but she saved her own life with a sharp tool that she carried in her purse needed for one of her classes. If she hadn’t defended herself, CeCe McDonald would be just another statistic in the horrible accounting of trans women of color murdered – nearly one each day – and a name on the annual Transgender Day of Remembrance list.

CeCe continues to prepare for trial set for April 30, and her supporters across the nation and throughout the world continue to demand that CeCe be freed and the injustices against her be stopped. The CeCe McDonald Support Committee and I are asking you to sign a letter addressed to Hennepin County Attorney Michael Freeman, requesting that charges against CeCe be dropped.

To review a copy of the letter, to endorse with your name and organizational affiliation, or if you have questions, please email Billy Navarro Jr., at: mntranspr@gmail.com. In addition to the letter demanding that charges be dropped, there is a petition you may sign on Change.org and, for more information, a FreeCeCe Mcdonald Facebook page. To endorse, sign the petition, donate, write to CeCe in jail, and for more ways to help, go to: supportcece.wordpress.com.

On April 30, a rally and civil disobedience are planned outside the Hennepin County Courthouse.

Please join with CeCe and her supporters to bring an end to this tragic injustice, which began months ago with an unprovoked hate crime that resulted in the death of Dean Schmitz and has only continued to worsen as 23-year-old CeCe has been denied the opportunity to pursue her education, heal, and move on with her life.

Your organization’s endorsement of the letter insisting that Hennepin County Attorney Michael Freeman drop the charges against CeCe is essential to achieving justice in this case and to creating a Minneapolis that is safe for trans people of color. Free CeCe!