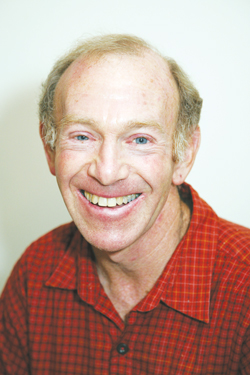 By: Dan Woog */Special to TRT—

The full-page ad on the back of the Sunday Minneapolis Star Tribune sports section was meant to attract attention. It certainly did.

“A male wants to shower beside your 14-year-old daughter,” the ominous black type read. “Are YOU ok with that?”

The ad was purchased by the Minnesota Child Protection League. It appeared days before the Minnesota State High School League—the governing body for interscholastic athletics—was to vote on a policy regarding inclusion of transgender student-athletes.

A draft of the policy would provide recommendations and guidelines for administrators, athletic directors and coaches at member schools to follow. It would not be a mandate. The draft noted that “fundamental fairness, as well as most local, state and federal rules and regulations, requires schools to provide a transgender student with equal opportunities to participate in athletics.”

If a student, and the student’s parents or guardian, submitted a letter requesting participation on a sports team, the guidelines recommend that school officials use the gender identity shown on school registration documents—along with information from the student’s medical personnel regarding hormonal treatment, sexual reassignment surgery and counseling—to determine the student’s gender. The MSHSL policy also provides for an appeals process. [pullquote]However, she says, trans girls are not boys. “Their consistent and affirmed gender identity as girls is as deep-seated as the gender identity of non-transgender girls,” Griffin writes. They do not “dominate” girls teams.[/pullquote]

The draft suggests that schools devise a plan to address eligibility and accommodations for transgender students; that correct names and pronouns be used according to a student’s self-identification; that “reasonable and appropriate restroom and locker rooms” be accessible for students; that teachers, counselors, coaches, administrators, parents, students and others be educated about transgender sensitivity, and that students be permitted to dress according to their gender identity.

Minnesota is not the first state to address trans issues in interscholastic sports. Trans*Athlete—an online resource—lists policies for nearly two dozen states, including several in the Midwest. Many include language similar to that proposed by the MSHSL. However, Virginia, Georgia and North Carolina require students to participate based on their birth certificate gender (which can, of course, be legally changed).

Pat Griffin—a former coach and pioneering researcher in the area of sexuality and sports—has written about trans inclusion for the National Federation of State High School Associations (the umbrella organization for interscholastic sports). She identifies several major concerns, usually related to MTF athletes on girls teams.

However, she says, trans girls are not boys. “Their consistent and affirmed gender identity as girls is as deep-seated as the gender identity of non-transgender girls,” Griffin writes. They do not “dominate” girls teams.

She adds that “taller, bigger, stronger athletes compete against shorter, smaller, less strong athletes every day in girls and boys sports.” There is no research, she says, supporting the contention that trans girls create a competitive imbalance.

Griffiin suggests that high schools be proactive, developing a policy before a transgender student wants to try out for a team. She offers resources for formulating effective, fair policies, and urges that privacy protections be built in.

That’s what the Minnesota State High School League did. But the full-page ad crystallized a deep-seated fear of some: that the locker room would become a place of depravity if trans athletes are allowed to participate in high school sports.

For two days recently, dozens of Minnesotans addressed the MSHSL. Some cited the ad in their comments. Others said that teenagers “choose” their sexual identity.

But other speakers urged approval of the policy. One parent said, “When my son was transitioning I had fears, but they were all based on my past. Kids don’t care. That’s not the case anymore….What you are looking at passing here will give him the support he needs.”

Trans student-athlete Zeam Porter said, “My love for basketball last year made me believe I could handle being on the wrong team. That was wrong. Constantly being misgendered and called the wrong name took away my soul.”[pullquote] According to Helen Carroll, sports project director at the National Center for Lesbian Rights, fewer than 10 students a year request accommodations based on gender identity. In fact, she said, because they fear bullying or are self-conscious about their body, many trans teenagers do not participate in interscholastic athletics at all.[/pullquote]

According to Helen Carroll, sports project director at the National Center for Lesbian Rights, fewer than 10 students a year request accommodations based on gender identity. In fact, she said, because they fear bullying or are self-conscious about their body, many trans teenagers do not participate in interscholastic athletics at all.

Those who do may feel threatened. They are not the predators suggested by the MCPL ad.

“You’re not a boy showering next to a girl,” said the mother of a trans youth. “A transgender girl is a girl. There’s a difference between your parts and your gender….To be misgendered as a boy when you are actually a trans girl is incredibly offensive.”

There is this reality too: Very few high school athletes shower at school anyway these days.

But the debate will continue. Earlier this month, the Minnesota State High School League punted. Pleading the need for more time to study the issue, the organization delayed a vote until Dec. 4.