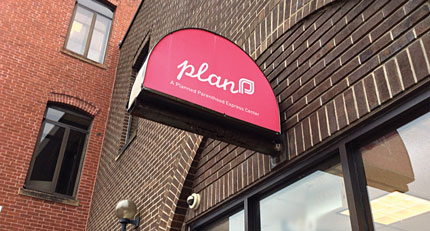 In late December, Congress voted to support a $1.1 trillion omnibus spending bill that included funding for the Planned Parenthood Federation of America (PPFA), a move that roiled Republicans and completed another chapter in the ongoing controversy surrounding the nonprofit.

“These investigations have been sparked by false attacks that are clearly politically motivated,” said Jennifer Childs-Roshak, president and CEO of the Planned Parenthood League of Massachusetts. “The smear campaign against Planned Parenthood is a fraud, and the real agenda of these attacks has become totally clear: to ban abortion and limit women’s access to reproductive health care at Planned Parenthood.”

Planned Parenthood became the subject of heated national discourse in July when a right-wing, pro-life group released a video (https://goo.gl/bt681Z) reportedly featuring a senior PPFA director discussing the harvesting and sale of fetal tissue. In the wake of its release, the video sparked conservative ire and vocal calls for defunding Planned Parenthood. On November 27, Robert Dear reportedly killed three people and injured nine more at a Colorado Springs, Colorado Planned Parenthood, a shooting that brought the nonprofit back into the public spotlight.

“It is part of a larger backlash from the religious right. It’s a tactic to target communities and people with whom they don’t agree,” said Janson Wu, executive director of the Gay & Lesbian Advocates & Defenders (GLAD).

Other members of the LGBTQ community also recognize that some members of the Republican Party have mounted an aggressive platform against marginalized groups.

“It’s interesting because Planned Parenthood, gay marriage, and pro-choice all fall into this bracket of societal issues the GOP uses to organize their conservative base,” said Michael Flowers, a gay man from Boston, of Republican efforts to defund the PPFA.

In Massachusetts, House Representative James Lyons, R-Andover, wrote a letter to Attorney General Maura Healey’s office calling for a probe of Planned Parenthood in Massachusetts, citing the video. The investigation conducted by the AGO found no evidence of wrongdoing and concluded that, though legal in the state of Massachusetts, PPLM did not sponsor a tissue donation program (http://goo.gl/wCtrHq).

“Planned Parenthood offers critical services to so many in the LGBTQ community,” said Wu. He noted that the nonprofit provides vital services such as HIV tests, and reproductive healthcare.

Though funding for PPFA was included in the national budget, the organization has only narrowly dodged a bullet and will still face heavy criticism. However, it provides more than abortions.

On a larger scale, said Wu, LGBTQ youth are vulnerable in a society which does not provide for them.

“When so many schools are failing LGBTQ youth in sex education, the need for Planned Parenthood and what it does is even greater,” Wu stressed, noting that, when necessary, GLAD refers people to Planned Parenthood for both legal and non-legal services through their answering service.

Kelsey Barowich, a resident of Lowell, Massachusetts who worked with PPLM while a student at the University of Massachusetts Amherst, said the education which Planned Parenthood offers is valuable to all youth, regardless of sexual orientation.

“In my experience, the only real celebration and conversation of sexuality that I had growing up was the Gay-Straight Alliance at Lowell High [School],” Barowich said. “In a classroom setting, those conversations weren’t happening.

“I can see why people politicize it. But it’s so much more than abortion.”

“Planned Parenthood has proven themselves [as] leaders in providing education around PrEP, (Pre-Exposure Prophylaxis) as well as providing affordable access to the medication (http://goo.gl/dhiWkG),” Flowers said of the nonprofit’s role in supporting HIV/AIDS prevention.

“I think one of the main overarching similarities [between] gay rights and women’s rights is that both [groups] are seeking autonomy for our bodies and our actions.”