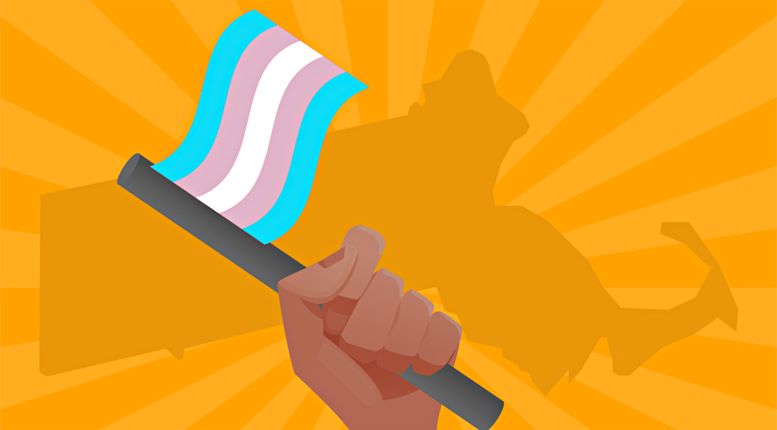 As a Commonwealth that prides itself on being a pioneer of civil rights and a beacon of hope for the marginalized, I’ve learned that the lawmakers are overwhelmingly progressive and supportive of non-majority struggles. Its legislature proposes and acts on legislation to protect us all. However, attitudes by a minority, but determined group of Baystaters, don’t reflect the overall ideals of the governing body. That is how we get issues like the Public Accommodations Bill up for a popular vote on the ballot this November, a vote that could lead to protections being stripped away from the transgender community while in public spaces.

With an extraordinarily low threshold of certified signatures required for approval as a ballot initiative, thousands of transgender people and their families’ safety literally is in jeopardy, hanging in balance and at the mercy of the voters. This is wrong. It was wrong when it was done in the past with other disenfranchised groups and it is wrong now. Every one of us deserves to feel safe and protected from discrimination in our daily lives, in the stores and restaurants we frequent, in hospitals and offices we visit. Yet, with less than 1 percent of the Massachusetts population signing on to a petition in opposition to a 2016 law that protected transgender people in public spaces, we wait, anxiously and concerned that the very foundation of “freedom” could be stripped away, simply for living authentically—opening the doors for piranhas to be unleashed.

In times where the perils of the country are at an all-time high, this is not the moment to be complacent. We must be informed and proactive and encourage others to educate themselves as well and become foot soldiers of the movement. Based on the current trends of legislation in the country, there is reason to be optimistic about the outcome. This year, 120 anti-LGBTQ bills were introduced across the country, the Washington Post reported, yet none of them have actually passed.

Although ideally, politicians across the board should support equality for all because it is the right and American thing to do, it often is not the case and such a limited perspective is naïve. In civil rights struggles throughout our shameful history, motivations for bringing equality measures are sought for a variety of reasons. Yes, there are always people who are fighting for the altruistic battle—hammer, tooth and nail—but those that are at the top, the 1% who own this country in more way than one, often look at the bottom line instead of human interest. Social conservatives are recognizing the potential disaster in legislating against marginalized groups of people, even if for business reasons.

“In Texas last year, a ‘bathroom bill’ was defeated after powerful Republican lawmakers said it would be a waste of time— and potentially bad for business,” the Post reported. “One of the first LGBT-related bills to get national attention, a bill in Indiana, sunk Gov. Mike Pence’s approval rating and by some estimates cost Indianapolis $60 million in tourism and travel.” If morality doesn’t get them, profits are likely to.

In Massachusetts, we are winning. In 2016, the legislature voted overwhelmingly to protect transgender people from discrimination in public spaces. The law went into effect on October 1, 2016.

As a matter of fact, let’s examine this a bit broader. According to FFAM, “across the nation, 18 states, Washington, D.C. and more than 200 cities and towns have passed laws protecting transgender people in public spaces. That includes Massachusetts in 2016 and 14 Massachusetts municipalities, from Worcester to Swampscott, prior to the statewide law.” And, there have been no negative implications—still. None. Zilch. Nada. Period.

In Massachusetts, we’ve seen first hand what this law does and doesn’t do since 2016, all based on fact. It has been tried and tested repeatedly. We join in with all of our trans brothers and sisters to stand up for equality and against discrimination of any kind. This planet belongs to all of us. It’s time that we all count and all of our families should matter.

The country is watching Massachusetts and people expect us to lead. Children are watching. People that remain hopeful are watching. It is time for Massachusetts to prove again that it has earned its long-standing reputation of being an equality pioneer and representing freedom for all. This November, vote yes to uphold the basic protections and non-discrimination laws already established to protect the transgender community in Massachusetts. We all deserve the dignity and respect that this brings to our valued residents of this Commonwealth. Not only do I stand with the trans community as editor of this publication, but it is a personal battle for me as well. My family deserves protection and so do each one of you.

*Nicole Lashomb is the Editor-in-Chief of The Rainbow Times. She holds an MBA from Marylhurst University and a BM from SUNY (Potsdam), Crane School of Music. She can be reached at editor@therainbowtimesmass.com.