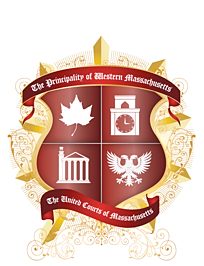 Local LGBT trailblazers, and The Rainbow Times‘ Publisher and Editor Graysen Martinez Ocasio and Nicole Lashomb, respectively, will receive the Community Service Diamond Award during the event. AIDS Foundation Executive Director Jessica R. Crevier’s daughter of 5 months will be named the youngest Princess in Western Mass. The AIDS Foundation of Western Mass and ARISE for Social Justice will be this year’s beneficiaries. And a tribute to the International founder Jose I the Widow Norton, who passed away a year ago in September.

Nelson Roman commented:  “We are thrilled to be able to have such amazing talent appearing at this year’s event! It is so important for the Court to make a difference in fighting the homophobia, stigma, HIV/AIDS and other social injustices while empowering youth who are our next leaders. “

Over the past year two years the Imperial Court of Western Massachusetts Inc., has raised over twenty thousand dollars for LGBT, HIV/AIDS and youth-enrichment organizations. The Imperial Crown Prince and Princess Ball is more than just a dazzling display of regal glamour, it is an opportunity to celebrate the LGBT community, and in particular, the colorful cross-dressing segment of that community. Last year’s Inaugural Prince and Princess ball was attended by close over 200 attendees and raised a substantial amount for the beneficiaries.  This year’s beneficiaries are The AIDS Foundation of Western Mass and ARISE for Social Justice.

“The AIDS Foundation of Western Massachusetts (AFWM) is honored to be chosen by the Imperial Court of Western Mass, Inc. (ICWM) as a beneficiary of their 1st Annual Imperial Crown Prince and Princess Ball. The funds raised through this partnership will allow AFWM to continue providing much-needed support, educational programs and services to the western Massachusetts HIV community. Together our efforts improve the quality of life for those with HIV/AIDS, along with those who love and care for them,” Jessica R. Crevier, Executive Director AFWM.

Interviews and photo opportunities will be available with the Imperial Court of Western Mass monarchy, celebrity performers, and guests from 6:00 p.m. – 7:00 p.m.

About the Imperial Court of Western Massachusetts, Inc.

The Imperial Court of Western Mass Inc, a 501 (c) 3 corporation, is Western Mass’s most regal fundraising organization serving the LGBT community.  As part of a proud tradition, the Court has raised thousands of dollars for charitable organizations including Springfield Mass Pride, Northampton Pride and Diversity, Service Members United, The Bing Arts Center, the Holyoke Equal Rights Association, Out Now of Springfield, and the Aids Foundation of Western Mass. For more information, please visit www.impcourt.org/massachusettes.

About the AIDS Foundation of Western Mass

The AIDS Foundation of Western Massachusetts (AFWM) was founded to provide emergency financial assistance to those in our communities who are limited as a direct or indirect result of HIV/AIDS. The organization also helps children who are infected or affected by HIV/AIDS attend the summer camp of their choice through their Camperships Program, providing a sense of normalcy and relief from day-to-day stressors of living with HIV/AIDS. Now in its twentieth year, AFWM has expanded its mission. Educating our communities about HIV/AIDS in order to decrease stigma and prevent the spread of the disease is a clear priority. For more information visit: www.aidsfoundationwm.org.

About Arise For Social Justice

Arise for Social Justice is a grassroots low-income rights organization which believes that individuals have the right to speak for themselves.  The organizations members are poor, homeless, at-risk working, unemployed and people who are pushed to the side by society.  They organize! (Voting rights, homelessness, housing, health care, criminal injustice and more!.  For more information visit: www.ariseforsocialjustice.blogspot.com.