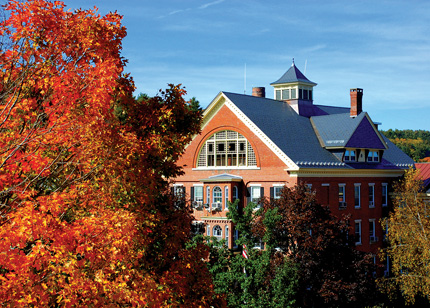 BOSTON, Mass.—It is estimated that one-third of the LGBTQ population abuse drugs and alcohol, compared with 9 percent of the general population, according to the Center for American Progress, among other sources. Conclusions for these high statistics vary from opinions on social stigma, cultural expectations and a lack of dedicated treatment in healthcare.

“For generations LGBTs had to hide in bars because there was nowhere else for them to go,” said Mark B. Rosenberg, an alcoholic and addict who has been sober for nearly six years, and is author of the book “Blackouts and Breakdowns.” “Nowadays being gay is so much more accepted so there is more to do. But a lot of times gays and lesbians feel more comfortable in a bar surrounded by likeminded people. When you’re single—gay or straight—bars are a huge part of socializing and meeting people. Some people simply don’t know when to stop. Other LGBTs turn to drinking and drug use when they are shunned by their families or when they get to college, like myself.”

On Rosenberg’s road to recovery he sought advice from his uncle who had been in Alcoholics Anonymous for 30 years, but never sought specific LGBTQ programs. Fenway Health in Boston, Mass. follows along with this concept, offering assistance to people with substance abuse problems regardless of their sexual orientation or gender identity. Frank Busconi, manager of Fenway’s substance treatment programs, said he believes the current healthcare trend is to move away from focusing on one population, but rather being broader by still maintaining staff with expertise in a variety of backgrounds. [pullquote]For those who wish to see treatment in a specifically LGBTQ friendly and centered environment, a few programs do exist. One such option is Vermont’s Brattleboro Retreat, which has an LGBTQ Adult Inpatient Treatment Program.[/pullquote]

“The Fenway is a place that has a lot of experience with treating LGBTQ people and people with HIV, but we treat everybody and anyone who can receive,” said Busconi. “It’s likely that its higher rates for LGBT identified people because of the experience of being stigmatized, marginalized and that is an experience in the world that causes pain and suffering. It’s often the case that people seek relief for that by drinking and using drugs. That can get very pretty complicated. I’ve sat with a lot of people who are closeted and said, ‘The only way I can have the kind of sex I want to have is if I’m intoxicated/drugged.” It helps mitigate some of the shame and pressures they have.”

For those who wish to see treatment in a specifically LGBTQ friendly and centered environment, a few programs do exist. One such option is Vermont’s Brattleboro Retreat, which has an LGBTQ Adult Inpatient Treatment Program. The operation offers 13 single rooms, one double, and assists with a variety of issues ranging from drug and alcohol addiction to anxiety, depression, sexual trauma, self-harming and suicidal behaviors, as well as many others.

The Retreat’s Dr. Karl Jeffries said he believes a large reason for the LGBTQ population’s high rates of drug and alcohol addiction is due to social aspects.

“A big part of what our hospital is doing in general is really trying to address stigma and promote early intervention,” said Jeffries. “We try to tackle problems before they develop into full-blown disorders by having people recognize early symptoms and seek out treatment instead of allowing things to get in the way.”

The Retreat’s program first started in July 2009 and was supposed to be dedicated to solely to LGBTQ patients, but because the program did not yet have a widespread reputation, it initially had a difficult time attracting people who specifically identified in these ways. It began accepting people who identified as allies to the LGBTQ community. The new program dedicated time to listening to consumer and population feedback as a way to better learn how to provide for its patients.

“We spent a lot of time asking the people who were coming here, ‘What’s important to you? What will help you be able to focus on your recovery from mental illness or addiction? What works and what doesn’t? What can we do more of?’ So it was really driven by the focus of who showed up and told me their opinions,” the Retreat’s Director of Professional Development, Eileen Glover, explained.

After temporarily closing due to Hurricane Irene’s impact in 2011, the unit reopened in March 2012. As of a few weeks ago, 80 percent of the unit identifies as part of the LGBTQ community. [pullquote]“We spent a lot of time asking the people who were coming here, ‘What’s important to you? What will help you be able to focus on your recovery from mental illness or addiction? What works and what doesn’t? What can we do more of?’ So it was really driven by the focus of who showed up and told me their opinions,” the Retreat’s Director of Professional Development, Eileen Glover, explained.[/pullquote]

Another option for substance abusers is the Arbour Health System’s Triangle Program, which has been serving the LGBTQ community since the early 90s. Triangle is known as the only partial hospitalization and intensive outpatient program for the LGBTQ community on the East Coast.

“The Triangle provides the clinical treatment for substance use and mental health concerns primarily, and it does so in the context of how people’s experiences are shaped and affected by their gender and sexuality. Our clinicians operate with an awareness of the queer community and the unique needs of the people within it,” said Melissa Brown, the lead clinician.

Although opinions vary about what leads to high rates of substance abuse in both the youth and adult LGBTQ communities, there are several options for those seeking to overcome these issues.

“When you make the decision to get sober, it’s a very personal experience, so I believe people should do what makes them feel comfortable. Some feel the need to surround themselves with other LGBTQs while others chose a different path,” said Rosenberg. “Whether you find solace with other LGBTQs or not is a choice you make once you feel out different groups and see what works best for you.”

For more information on Fenway Health, visit www.fenwayhealth.org. For more on the Triangle Program, visit www.arbourhealth.com. For more on The Brattleboro Retreat, visit  www.brattlebororetreat.org/lgbt.