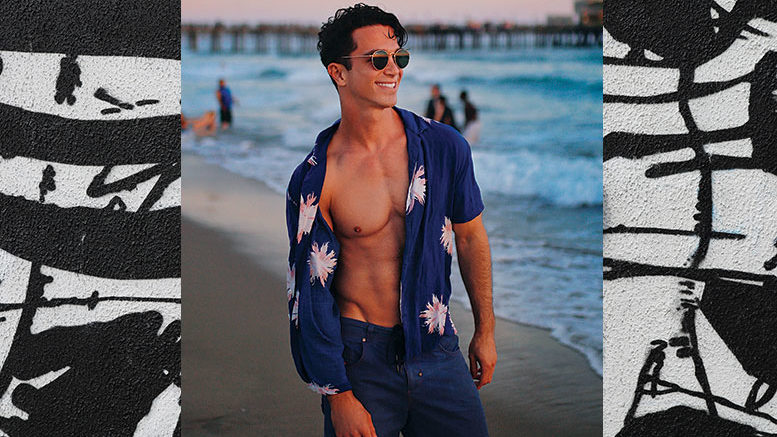 By: Skip Sheffield/Special to TRT—

“I’ve encountered lots of storms over the past few years but if I had to pick the one that has been most impactful on my life, it would be when I was forced to leave home due to my being different than what my parents dreamt me up to be,” says Drew Schiff. He makes his triumphant return to pop radio with “Ride the Wave,” a song he wrote, about the importance of leaning on loved ones in times of need.

According to a recent release, Schiff grew up in Hungary where he enjoyed a nice childhood “surrounded by his sister and cousins, who were like siblings to him. Everything changed, however, in his teen years with the divorce of his parents and his mother openly objecting to Drew’s sexual fluidity which resulted in some very bad fights.”

“There have been times I have felt I wasn’t strong enough to deal with a problem,” he continues. “I’m a strong guy, so yeah, I probably had most of what it took to rise above the crisis but sometimes, when things get really dark, everyone needs that tiny ray of light, that little whisper of ‘I believe in you,’ to help overcome what appears to be insurmountable.”

We spoke with the young singer/songwriter from his home in New York.

Q: What pronoun do you prefer and describe your “fluidity” sexual identity?

Drew Schiff:  He. To be honest with you, in my book, everyone is ‘fluid’. It’s a spectrum and it can change with time. It’s a journey. I believe that as we grow, we evolve physically, mentally and sexually. Many people tell me I’m on a journey to becoming gay, and that’s alright. In that case, I’ll be happy that way. I am just trying to accept myself as I am.

Q: Father’s Day is coming up. Were you close with your dad? 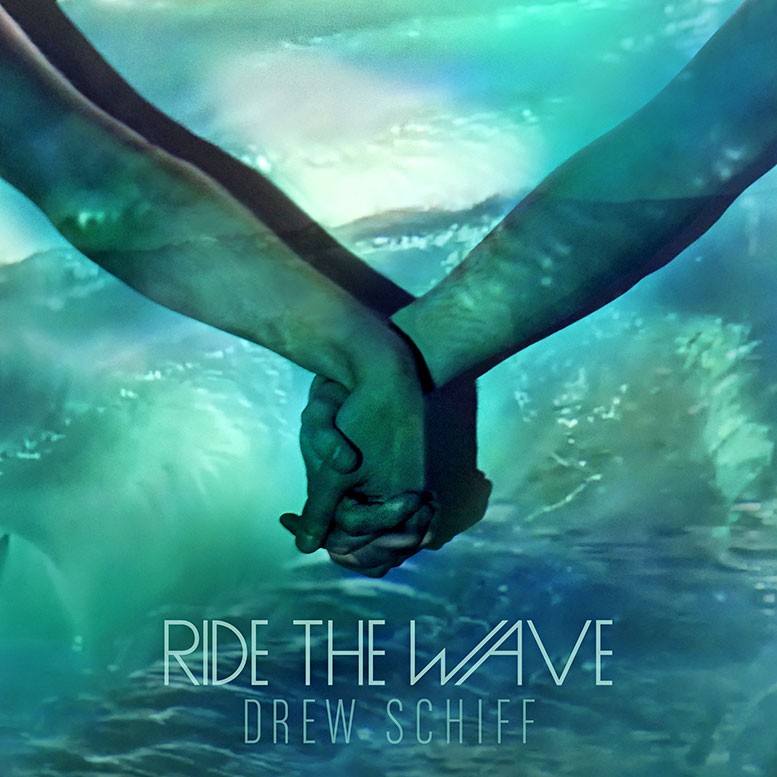 A: My father was a typical ‘macho man,’ against most things that were different than he was. He used to call me names.

Q: Were you closer to your mother?

A: I was a mommy’s boy until I started to reach puberty and first had feelings for a boy. That was the point when my relationship with my mother turned upside down. She didn’t accept it at all. We had big and ugly fights, which led to me having to leave (home). Growing up without my biological family, I’ve had times when I felt incredibly lonely. I tried to find family in people I’ve met, connect with them.

Q: Is that what inspired your new single, ‘Ride the Wave’?

A: The song was inspired by the hardships I’ve experienced in my life and how, at times, you can feel that you’re different, or not good enough because the environment that you’re in doesn’t understand you. But no matter what kind of $hitstorm there is around you, as long as you’ve got at least one person who cares for you, that can really give you the armor to face everything, you’ll be ok.

Q: You’re donating all proceeds to the single to the Stonewall Foundation. Why?

A: In this special, commemorative year (50 years of Stonewall), it makes you stop, think and appreciate what the generations before have done for the liberties we all enjoy today. We are able to be ourselves and be not just be accepted and tolerated but respected and celebrated—at least in some places, not everywhere yet but we’re working to change that! The donation is just a tiny contribution from me to the cause to show my appreciation.

“Ride the Wave” is available on iTunes, Spotify, and all digital platforms. All proceeds are being donated to the Stonewall Community Foundation.