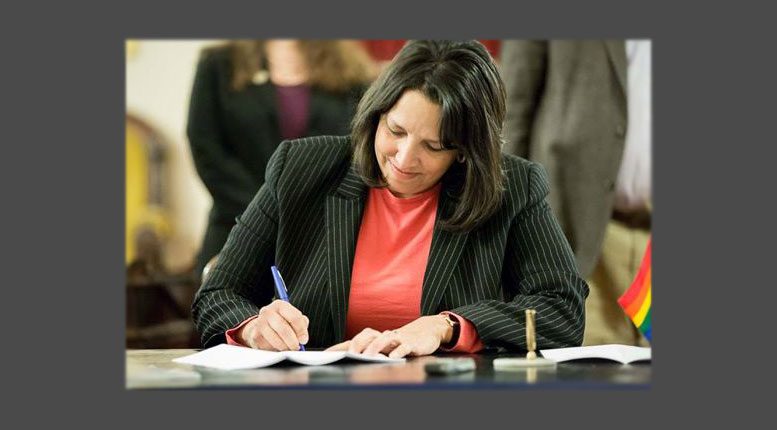 SALEM, Mass.—Today Salem Mayor Kim Driscoll signed onto a friend-of-the-court brief in three key LGBTQ cases that will be heard at the Supreme Court next term. The brief includes nearly 100 mayors and municipalities around the U.S. encouraging the Supreme Court to rule in support of LGBTQ nondiscrimination protections in the workplace.

“No one should experience discrimination because of who they are or who they love,” said Mayor Driscoll. “Our LGBTQ neighbors contribute to our community and they are deserving of the same rights and opportunities as every other resident: to raise a family, to make a decent living, and to feel accepted in the city that they call home. As Mayor, it’s my responsibility to make sure all of my residents are treated with dignity, fairness, and respect. It’s one of the reasons Salem was among the first municipalities in Massachusetts to adopt and enforce, our own local non-discrimination ordinance and it’s why I’m proud to join with my colleagues from across the nation in submitting this brief.”

The brief states in part:

“Local anti-discrimination laws promote the prosperity and vitality of American communities. Among other things, these laws enhance innovation and economic opportunities. For example, researchers have found that state-level non-discrimination acts barring sexual orientation and transgender status discrimination result in higher rates of innovation, as measured by patents and patent citations. Adopting specific protections against discrimination based on sexual orientation or transgender status has facilitated LGBT individuals’ participation in, and contribution to, their communities, enriching both the individual and the whole. And it has achieved that end with no real difficulties of implementation or administration, all while avoiding burdening taxpayer resources to remediate the harms of workplace discrimination against LGBTQ residents.”

At the core of these cases is the question of whether Title VII of the Civil Rights Act of 1964, which prohibits employment discrimination based on sex, prohibits LGBTQ discrimination. A number of lower courts and federal agencies have already affirmed that it does. In addition, 30 states and more than 250 cities around the country have comprehensive laws in place ensuring nondiscrimination protections for LGBTQ people, including in employment.