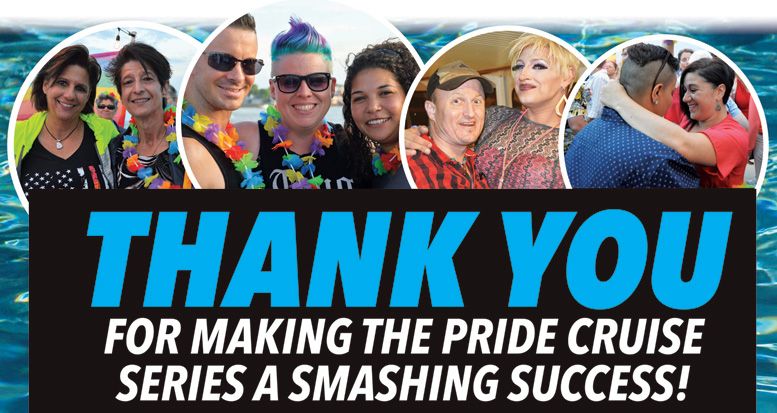 If there is anything we’ve learned this June throughout pride month, it is how our LGBTQ community comes together to celebrate, mourn, and rise up as a collective, especially when we, broadly speaking, are once again being preyed upon by the system of inequity. Strength in solidarity was demonstrated with record attendance at pride celebrations throughout the region this year, not only by spectators, but also through non-profit and for-profit participation in the events themselves.

At The Rainbow Times, we know we have our most difficult work ahead of us. As responsible LGBTQ media, we continue to tackle the injustices that infiltrate our lives as we are reminded that none of our community rights are truly safe. Almost no one is safe, especially as we witness what is happening in Washington, especially in the White House.

However, we must never forget to celebrate our lives and the lives of those that have gone before us, in order to brave the good fight that lies ahead. To do just that, as a part The Rainbow Times’ 10th year anniversary celebration, we launched our first pride cruise series out of Salem, MA during North Shore Pride weekend. The first cruise on June 23 sold out so quickly that we decided to launch a second one just to accommodate ongoing requests we received. The second cruise departed on June 25, closing out the weekend’s festivities. Though The Rainbow Times has always given philanthropically from the start, it became our vision and goal to do so at an even a larger scale this year and also looking to the years that lie ahead. Because of the hundreds of cruise-goers, our generous sponsors, raffle donors, and community partners, we were able to raise thousands of dollars for charity (Fenway Health’s The Borum and North Shore Pride). This would not have been possible without the generosity of those who believed in this cause.

We thank our sponsors—Eastern Bank, our cruise partner Mahi Mahi, and local LGBTQ hotspot Mercy Tavern for making this series a possibility, and Northey Bed and Breakfast for hosting Pulse Orlando survivor Christopher Hansen who was our guest of honor at both events. Special gratitude goes to DJ Andrea Stamas, who didn’t let our energy dip at any point during these cruises as she spun her killer beats for both nights.

Last, but certainly not least, we are so grateful to all of our local raffle donors who gave without hesitation. Those businesses include Opus, The Cheese Shop, Jolie Tea, Koto, the Highland’s Inn Lesbian Resort, Athena Spa Baskets by Heidi Z, the Salem Wax Museum, House of the Seven Gables, Cultura Latina, the Flatbread Company, and Tito’s Handmade Vodka.

Keep an eye out and ear to the ground for our next upcoming event on September 30 on the Salem Sound! It should be a ghoulish time.

In the meantime, continue to live, love and celebrate.

*Nicole Lashomb is the Editor-in-Chief of The Rainbow Times. She obtained an MBA from Marylhurst University and earned her BM from the Crane School of Music (SUNY Potsdam). Nicole can be reached via e-mail at editor@therainbowtimesmass.com.