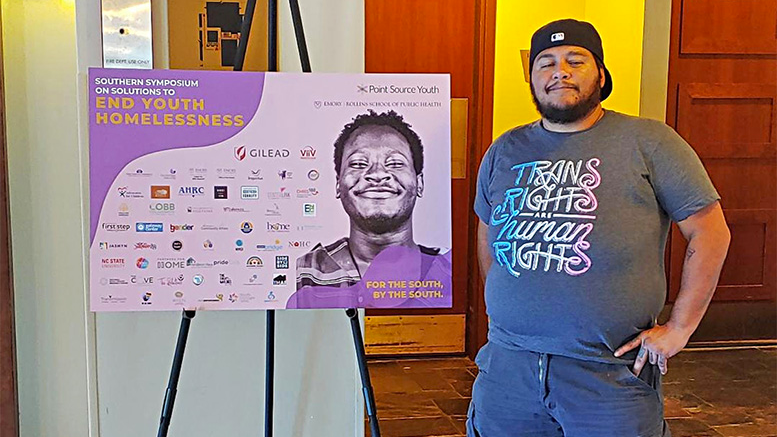 KNOXVILLE, Tenn.—In a modern climate where the transgender community is under relentless assault politically and otherwise, the Trans Empowerment Project is fighting back against the status quo, according to its founder.

“Because the trans community is constantly under attack by our current administration [it] needs to have access to vital resources so that we can educate, organize, and liberate ourselves,” said Jack Knoxville, founder and president of The Trans Empowerment Project (TEP).

TEP is dedicated to bridging the gap between the trans community and its allies while creating positive resources for empowerment through community building, education, and advocacy,” according to the organization’s website.

What began as a personal journey of self-discovery during transition, Jack recognized the significance of amplifying the lessons he learned to assist others who were also going through the process.

“As I started navigating my own transition and connecting with other trans people, I realized that … we were all experiencing similar struggles,” Jack said. “As I worked to find solutions to each obstacle faced by myself and the folks I came in contact with, I realized that we could take these solutions and scale them up to help a far greater number of people.”

Currently, the organization offers services to assist others in crisis, he added.

Two incidents in 2017 were perhaps the biggest catalyst springing TEP into what it is today.

“In 2017, I was contacted by 2 different trans people on the same day in dire need of emergency housing,” Jack said. “Both were teenagers—one was 17, the other was 19. I had to do something to help them and realized by solving the problem for them, I could do the same thing for other folks and just kept pushing myself to scale up.”

And, with that same level of determination, those initial results lead to more, according to Jack.

“I then found that once the folks I had helped were in a better situation, they usually wanted to give back to TEP, which led to the formation of our mentor program. This program connects folks in crisis with a buddy to talk to, so they never have to feel alone.”

A recent report from the Trevor Project (TP) highlights that battling the isolation helps at-risk adults and/or youth—just one accepting adult can reduce the risk of a suicide attempt by 40 percent.

Decreasing the incidence of suicide

“More than anything, I want to see the suicide rate of this community cut in half within the next 10 years,” Jack said.

According to an article published by The Rainbow Times,  as many as “77 percent of trans … people in Ontario, Canada had seriously considered suicide and 45 percent attempted suicide,” read the Canadian Mental Health Association’s website. “In the United States, the suicide rate is not far behind at 41 percent.”

“My plan for doing that starts with creating access to vital resources for this community to move us out of situations of crisis into empowerment,” said Jack. “From there, we educate the community and others, about our power. We educate potential allies about the problems we are facing and help them realize their roles in the solutions. Then we win. We’ve got this!”

As the organization’s name suggests, TEP places heavy significance on the empowerment of the trans community to achieve equitable treatment in society.

“Trans folks need to be able to feel empowered enough to advocate for themselves, to have the same opportunities, to be leaders and examples of success in their communities,” said Heather Knoxville, Director of Public Relations, TEP. “There also needs to be more education and open communication.”

Based in Tenn., Serving Beyond

Although TEP’s home base is in Tenn., Jack and Heather encourage any trans individual needing assistance to reach out.

“People outside of our home base can most definitely take advantage of our services, and an application for assistance can be found on our website,” Heather said. “We have host homes and partnerships with affirming shelters nationwide, so we can help people requesting emergency housing, and all of our other services can be provided online.

Basic necessities such as clothing swaps & programs are also built into the services offered.

“We also host clothing swaps twice a year, once in March for Trans Day of Visibility, and once in November for Trans Awareness Week, where folks can come and get all of the clothing they need for free,” Heather said. “This year we have begun to ask folks across the country to host swaps in their area so that people outside of Knoxville can get access to clothing as well. So far, we have 10 people signed up to host clothing swaps in their area and a sign-up sheet can be found online for anyone who is interested.”

Expanding to other areas, while empowering and teaching others who’d like to model their strategic program is part of the Knoxvilles’ plans.

“In 5 years, we hope to be really expanding our outreach, by hosting at least one clothing swap in every state and giving the people who are willing to host them the leadership skills and support they need to become their own branch of TEP. We will also continue to fundraise and engage with supporters so that we can expand upon the programs we already have running, as well as implement new ones we already have in planning.”

To learn more or get involved with the Trans Empowerment Project, check out their website.

[This story was originally published in the October 10, 2019 issue of The Rainbow Times.]