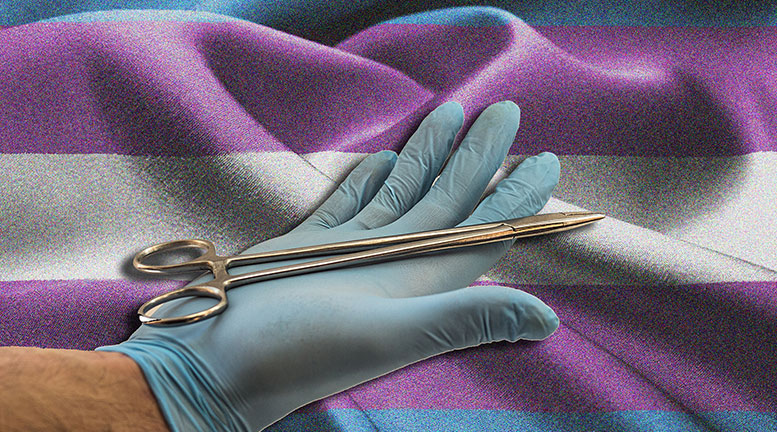 “There is great demand among transgender and gender diverse people for gender-affirming surgery, and thanks to recommendations by professional associations and clinical support for gender-affirming surgical care, these treatments are much more common today than they were even just 10 years ago,” said study lead author Anthony N. Almazan, a fourth-year medical student at Harvard Medical School. “But until now there has been limited evidence that these surgeries result in better mental health outcomes.”

This study also found that people who received all of the gender-affirming surgeries they desired had significant reductions in the odds of every adverse mental health outcome examined, including past-year suicide attempts and past-month binge alcohol use. Furthermore, compared to people who only received some of the gender-affirming surgeries they desired, people who received all of their desired surgeries experienced even more profound mental health benefits across every outcome.

“These results are incredibly important for the evolving field of transgender health care. Although clinicians have long supported the provision of gender-affirming medical and surgical care, the practice has been challenged by health insurers asking for more evidence showing its efficacy,” said study senior author Dr. Alex S. Keuroghlian, who directs the National LGBTQIA+ Health Education Center at The Fenway Institute and the Massachusetts General Hospital Psychiatry Gender Identity Program. “In light of this study’s results, gender-affirming surgeries should be made available for transgender and gender diverse people who seek them, and we should work to remove barriers to gender-affirming surgery such as insurance exclusions for such care.”

The study uses data from the 2015 U.S. Transgender Survey (USTS) conducted by the National Center for Transgender Equality, which is the largest dataset containing comprehensive information on the surgical and mental health experiences of transgender and gender diverse people. The USTS survey includes responses from over 27,000 transgender people living in all 50 U.S. states, the District of Columbia, U.S. territories, and U.S. military bases abroad. Adjustments were made for exposure to other types of gender-affirming care such as counseling, pubertal suppression, and hormone therapy. Adjustments were also made for sociodemographic factors including age, education level, employment status, household income, and race.

Since 1971, Fenway Health has been working to make life healthier for the people in our neighborhoods, the LGBTQIA+ community, people living with HIV/AIDS, and the broader population. The Fenway Institute at Fenway Health is an interdisciplinary center for research, training, education, and policy development focusing on national and international health issues.