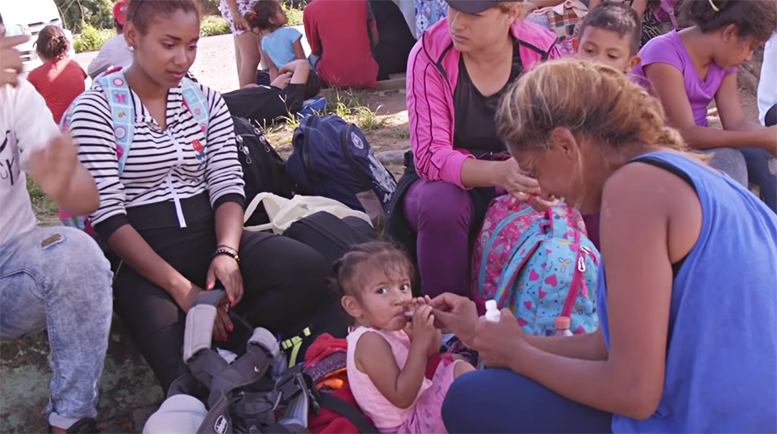 Washington, D.C.—Earlier this week, the Trump administration announced its intention to adopt a new federal rule preventing certain individuals who enter the U.S. from Mexico from seeking asylum.

“President Trump’s announcement that he will restrict asylum applications from individuals reaching the U.S.-Mexico border is unacceptable and flies in the face of settled international and national laws,” said Janson Wu, GLBTQ Legal Advocates & Defenders Executive Director. “Asylum is a life-saving system that is designed precisely to protect the extremely vulnerable. This heartless policy stands in direct opposition to our core American ideals of liberty and human rights. Cutting off the right to seek asylum puts at severe risk individuals, including LGBTQ individuals, who face substantial threats in their home countries.

“By turning away those forced to flee places where they are fundamentally unsafe because of who they are, or their political beliefs, this administration is putting their lives at risk.”

For more than 20 years, NCLR has provided life-saving assistance to LGBTQ individuals seeking asylum, fleeing persecution on the basis of sexual orientation or gender identity in their home countries.

“President Trump’s plan would not only unlawfully limit asylum but would rewrite the character of our nation. For generations, America has been a refuge for those fleeing persecution in their home countries,” said NCLR Policy Counsel Tyrone Hanley.

“For many, asylum is a life and death matter. NCLR has worked with hundreds of LGBTQ asylum seekers who faced devastating physical and sexual violence in their home countries at the hands of the people and systems that should have protected them. Trump’s plan to refuse asylum seekers based on where they enter the U.S. is not only cruel but will be a death sentence for many in our community.”

The National Center for Lesbian Rights (NCLR) was the first national LGBTQ legal organization founded by women and brings a fierce, longstanding commitment to racial and economic justice and our community’s most vulnerable. Since 1977, we have been at the forefront of advancing the civil and human rights of LGBTQ people and their families through impact litigation, public policy, and public education. Decades ago, NCLR launched the first LGBTQ Immigration Project, Transgender Rights Project, Youth Project, Elder Law Project, and began working to end conversion therapy through what is now our Born Perfect campaign.