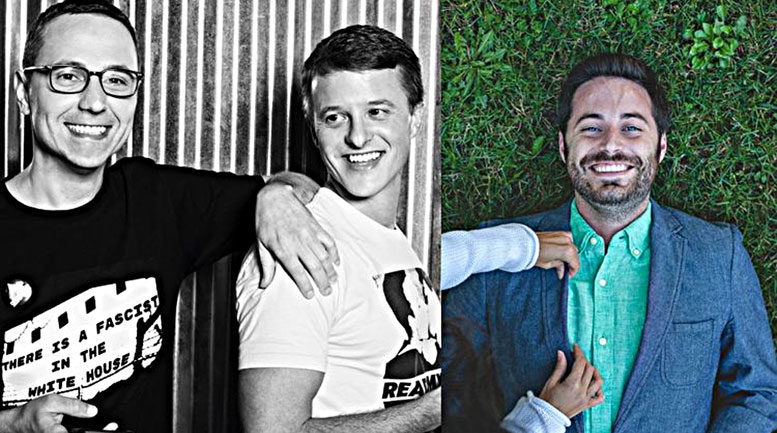 PROVINCETOWN, Mass.—Twenty Summers’ Arts & Culture Festival enters its 6th season this year and will focus on the LGBTQ community in a multitude of ways, according to its Executive Director.

“We fulfill our mission by hosting a month-long arts and culture festival in the [Hawthorne] Barn each spring where we present an eclectic mix of both emerging and established musicians, writers, cultural figures, activists, and artists,” said Camille Ives Beck, Twenty Summers’ Executive Director. “Our hope is to introduce, and encourage patrons to engage with, new ideas and artists.”

This year’s festival line-up includes diverse representation on a variety of social justice issues, with a particular focus on the LGBTQ community.

Celebrating and honoring the 50th Anniversary of the Stonewall Riots, events will be dedicated specifically to the LGBTQ civil rights movement.

“Our event on Saturday, May 25 is part of a national celebration of the 50th anniversary of the Stonewall Riots,” said Ives Beck. “We chose to honor this pivotal moment of the LGBTQ civil rights movement by hosting a conversation featuring Matthew Riemer and Leighton Brown, creators of Instagram’s @lgbt_history , and acclaimed author Garrard Conley (Boy Erased).

“The three authors and activists will talk about Riemer and Brown’s wildly popular @lgbt_history page and their debut book, We Are Everywhere, a rich and sweeping photographic history of the Queer Liberation Movement, along with Garrard Conley’s best-selling memoir. Boy Erased was adapted for the 2018 film of the same name, as well as the podcast UnErased: The History of Conversion Therapy in America. Their shared experience casts a powerful light on the LGBTQ+ community’s hardships in the past, its challenges for the future, and what Stonewall means to us today. The conversation will be followed by an audience Q&A.”

According to Ives Beck, one of this year’s festival highlights includes a conversation with social activist, public figure and author Monica Lewinsky with NBC host Ari Melber.

“They’ll be discussing Lewinsky’s experience and fight against bullying and how public perspective on women’s stories has evolved in the #MeToo era,” Ives Beck said. “Plus, she’ll be sharing her unique, and very timely, insights on how an independent counsel probe of the White House works.”

Other features include a “conversation with authors Rebecca Makkai (The Great Believers) and Christopher Castellani (Leading Men) on May 31 to discuss their latest novels, which both capture pivotal historical moments in gay history and on June 8, cultural critic Emily Bobrow will interview playwright and actor Jeremy O. Harris, who was recently named by Out magazine as ‘the queer black savior the theater world needs,’ Ives Beck noted.

Different than year’s past, this season marks a first for the festival as well.

“On June 14, we will be hosting our very first film screening in the Barn,” Ives Beck said. “Co-presented with the Provincetown Film Society and Festival, we will be showing a 100-year-old film called Different From the Others which is the first-known pro-gay film. We are proud to present the newly restored silent film with live musical accompaniment featuring an original score by Billy Hough and Sue Goldberg (of Scream Along with Billy), followed by a Q&A with an expert on LGBTQ film and history.”

Though centered on the arts, the purpose of the festival goes beyond what meets the eye.

“Our conversations are a vital element of our programming to ensure that our contribution to the general public goes beyond entertainment—their purpose is to nourish the academic and cultural needs of the year-round and seasonal community, fostering new ideas and concepts for our audience members to reflect upon long after they leave the Barn,” said Ives Beck. “Provincetown is rich in its history as a center for artists and thinkers, and these events that tackle current or ongoing political and cultural issues aim to reinvigorate and sustain that tradition.”

The festival will take place from May 10 through June 15.