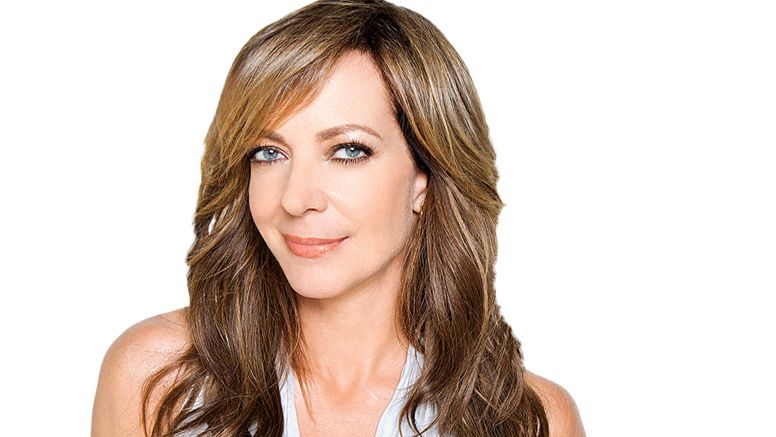 ‘I, Tonya’ actress on Tonya Harding’s queerness, girl crushes and her quest to play a ‘pioneering lesbian’

Allison Janney shares many of your concerns, like, what’s up with the president’s wild contradictions and flat-out lies? And what will happen to the LGBTQ community under his administration? And, of course, something we’ve all wondered from time to time, and an issue she definitely plans on addressing with her agent soon, because it’s high time: “Where are all my lesbian roles?”

Though her latest turn in I, Tonya is not queer by definition – but, as infamous figure-skating icon Tonya Harding’s mother (Harding is played by actress Margot Robbie), one of her very best and most Oscar-buzzy roles, so all is obviously forgiven – the chameleonic 58-year-old actress has delightedly dipped into some impressive gay fare both onstage and in film.

Here, the beloved and soon-to-be-lesbian-somewhere Emmy winner discusses Harding as a queer icon, identifying with the LGBTQ community as an outsider herself and kissing “a lot of cool women.”

Q: LGBTQ people – we are all Tonya.

A: Right? Everyone identifies with her. Everyone can identify with Tonya because she’s struggling to have a voice, and the powers that be deemed that she was not worthy of having a voice in the figure skating world, didn’t think she fit in. It’s so classic. And then the press vilified her and we were all told what to believe about her, and we kind of believed it, because it was the advent of the 24-hour news cycle. Just spoon-fed to us every day: Tonya, bad; Nancy – princess, good.

Q: You play her disapproving monster of a mother, LaVona Golden, which will strike a chord with many people in the LGBTQ community who have experienced parental disapproval because of their sexuality.

Q: Tonya has been called a gay icon. Do you see her as a gay icon?

A: I never have thought about it before, but now that you’re saying it, I understand the reasons why she would be.

Q: She wanted to be loved for who she was.

A: Wanting to be loved for who she was! Absolutely, I can see why it would resonate with the gay community – with women too. With anyone who has felt like an underdog or not felt like they had a voice.

As I talk about this movie more and more to people like yourself, I’m learning more about it and why it’s resonating right now. It’s also the concept of truth and what that is, and you know, the media told us what to believe was true and we did, and now in this time that we’re living in with the president (being) wildly contradictory – it’s phenomenal to me what’s going on in the country and in our discourse, and (sighs) I just feel it’s one of the most divisive, scary times I’ve ever experienced in my lifetime, certainly.

Q: You mentioned Tonya as the “underdog,” a word you have also used to describe yourself.

Q: Do you think that has anything to do with why you’ve attracted a doting LGBTQ following?

A: Maybe that’s it! I was always just told I was too tall to act and told I wasn’t pretty enough, that I didn’t have enough edge. Didn’t have this, that. Everyone in the business told me that, and it was heartbreaking to me; and yet I tried to find other things to do, but this was really the only thing I was really meant to be, this time ’round (laughs).

I think it might also just be the characters that I get to play. Some of them speak to the community because they are that underdog character – now I’m trying to make up a theory out of something I haven’t thought about (laughs). But I also think it’s that I love to bring the humanity to every character I play.

Q: I’m sure that your gay fans also appreciate that you seem to enjoy randomly kissing women.

A: I do! (Laughs) Oh my gosh, I don’t know if you’ve seen my kiss with Cloris Leachman but that is, like, the best kiss.

Q: Better than Kate Winslet even?

A: How about that moment?! That floored me. And I just thought, “Did she just say my name?” (Winslet gushed about Janney at the Hollywood Film Awards in November.) It was one of the funniest moments for me, and I thought, “How can I not just go up and kiss her?” I mean, Meryl Streep, Kate Winslet – I’ve kissed a lot of cool women, and men!

Q: In our 2016 interview, Meryl Streep told me kissing you was a real “perk.”

Q: Is that what all the women say about kissing you?

A : I don’t know! Meryl is the only one I’ve gotten feedback on. Actually, no, Rosie! I got to kiss Rosie. Rosie said I was a good kisser. And Rosie O’Donnell is a great kisser, I have to say. She’s a very good kisser. On (the CBS sitcom) Mom, she plays a woman that I used to have a relationship with and there’s one episode where I kiss her a couple of times and it was really – she’s a good kisser! (Laughs)

Q: What was the moment in your career you knew you had an LGBTQ following?

A: I feel like (1999’s) Drop Dead Gorgeous was the start of that for me. And it was a slow dawning, awakening, realization that was happening, and I thought that was the highest show of honor to be embraced by the gay community. It was like, “OK, you guys know.”

To me, it’s a high honor to be recognized and embraced by the gay community. I don’t want to say something stereotypical, but a lot of the men that I know who are my dear friends have a real appreciation for women who are strong and powerful and kickass. They really, really love strong women. They’re not afraid of women the way that some heterosexual men are. But they love a strong dame. They love a dame! So, that’s high praise. It’s high praise coming from the gays. So I am thrilled that I am in that club.

Q: Of the lesbian characters you’ve played, from Sally in The Hours to your lesbian roles in stage productions like Eve Ensler’s Ladies and Alan Ball’s Five Women Wearing the Same Dress, which do you wish you could’ve gotten to know more?

A: Probably my character in The Hours with Meryl. I would’ve liked to have gotten to know Sally and really explored that relationship. You know, my famous story with her with that kiss is that she gave me a facelift. She didn’t like the way we were lit in the scene and she said, “I’m gonna do you a favor, honey.” So she placed her hands on the side of my face and lifted it ever so gently. When you watch it next, look at that – it’s pretty great. A little Meryl lift. I got a little lift from Meryl. It was fantastic.

Q: If you were to play another lesbian role, who would be your ideal co-star?

A: Whoa. Well, I kind of have a girl crush on Margot Robbie right now! (Laughs) She is so talented and so friggin’ beautiful – it’s kind of remarkable. I just find myself staring at her, like, how can anything be that beautiful? And she’s a really good actress, and you know, why not? Margot is on my mind right now, so I’m saying Margot.

Q: There have been Tonya Harding impersonators, and after this film, I fully expect a few LaVona Golden queens.

Q: Her name alone is made for the stage at some gay bar, don’t you think?

Q: Does looking the part help you get into character?

A: Oh god, yes. With that, especially. It was three hours of hair and makeup getting that look with the bird, and it was really liberating too. I thought I was gonna be horrified and not be able to look at myself in the mirror, and it was fascinating – I wanted to look at myself all the time! I was like, “God, this is so cool!” It felt just so different, and I didn’t see myself. I felt really confident in doing what I had to do. The look was so perfect and so great, and it made me excited to do my scenes.

Q: I hope you got to keep a piece of LaVona.

A: I didn’t! But I was thinking about seeing if that bird could be adopted because I kind of fell in love with him. He lives in southern Georgia and he’s so lovely. But I do have three dogs and I don’t want there to be an unfortunate situation there.

Q: Yeah, maybe give it to somebody who doesn’t have an animal that will eat it.

A: Yes! That’s always something to think about before you get a bird. (Laughs)

Q: You’ve said you like to use your platform and acting to support important causes, which you’ve done in projects like 2009’s Funny or Die’s Prop 8 – The Musical. Do you recall the point in your life or career when you became passionate about queer issues?

A: I have so many gay friends in my world, and having such close friends in the gay community made me more aware of different issues. So, I’d naturally get involved through my friends. It happened when I came out to L.A. and I was doing West Wing. Once you start becoming someone – you know, a celebrity person – you realize, “Actually, I could help just by showing up there and by doing this.” It was a wonderful thing to realize, that I could use my name for something good other than the acting.

Q: Does it feel even more important right now to take on projects that can make a difference?

A: Yes, yes! It really does. And I don’t know what I’m gonna be asked to do next, but I hope that I will be able to contribute.

Q: I think now is the right time for another lesbian role, just sayin’.

A: I don’t know – I don’t think so! I’m gonna have to call my agent: “Where are all my lesbian roles?” Oh, a pioneering lesbian! Amelia Earhart. I don’t know if she was. I’m gonna get on that though. I’m gonna start looking. That’s a good thing to put in my head.