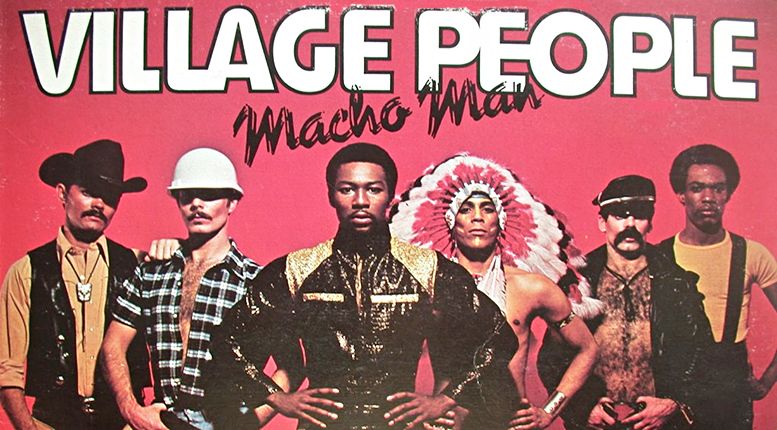 Let’s Hear it for the Boys. The name tells all you need to know. The Boston Gay Men’s Chorus (BGMC) pays homage to just about every male vocalist, boy band, and all-guy rock or vocal group to land atop the Pop Chart in the last 50 years—with the possible exception of the guy who sang “Gangnam Style” and—gasp! —Clay Aiken. BGMC will have you swooning with their versions of Beatles, Bowie and Beach Boys classics; Kool & the Gang and Jackson 5 jams; and the saccharine strains of *NSYNC, One Direction, and Great Big World. Oh, and the Village People, obviously. The magic happens on March 5 at First Congregational Church in Rockland and then moves to New England Conservatory’s Jordan Hall March 18-19. BGMC’s Musical Director Reuben M. Reynolds, III recently previewed his raucous all-male revue for us.

Q: The set list for Let’s Hear it for the Boys is quite wide-ranging—from “Yellow Submarine” to “Open Arms” by Journey and Michael Buble’s “Home.” Is there an overarching theme or story here, as there usually is with BGMC concerts?

A: There’s actually no specific story to this concert—except that we just want people to have fun! In the past, our March shows have been big “message concerts” but this year we wanted to do something completely different because it can get a little dreary in Boston around the middle of March. So we just wanted to go on a little vacation with the concert this year, and just do something that’s totally fun.

Q: I agree we could all use a little escape right now, and maybe not just from the weather but from reality in general. But how did you settle on the idea of a concert completely dedicated to male artists?

A: Well we do love men, so it wasn’t too much of a stretch…

A: Seriously, though, back in 2013, we did Divas Unleashed, where we saluted our favorite females like Cher, Judy Garland, Britney and Whitney and Lady GaGa, and so on. So we thought it was time to give the guys their due. So this concert is all about male soloists, like Michael Bublé, and boy bands like One Direction and *NSYNC. And we’ve got classic rock, like Queen and Journey, and even some 60s sounds like the Beatles and the Beach Boys. So it’s kind of a really, really far ranging history through time of “boy bands,” loosely defined. We also added George Michael’s “Freedom ‘90” to the show to pay tribute to him after his passing last December.

Q: With such a wide breadth of artists, most of with immense catalogs of songs, what else can you tell us about how you chose the music for Let’s Hear it for the Boys?

A: We chose incredible music that is very singable—stuff that everyone knows. Because we want the audience to sing along with us and get into party mode.

Q: That sounds like a great approach—raise the roof off Jordan Hall!

A: It’ll be like a night out at Machine. Minus the spilled cocktails! But with this performance we’ll get a chance to really show off a lot of the soloists from the chorus. We’ve got some incredible talent and we’re going to feature it.

Q: Given all of the musical ground you’re covering, how did you segment the show? By decade? Older versus newer? Theme?

We start out with Kool & the Gang’s “Celebration.” Then we do some Beatles: “Lucy In The Sky With Diamonds,” “Across the Universe,” “Nowhere Man,” “Yellow Submarine.” Then we go to the Beach Boys, and so on. There’s such an amazing variety of music in the program.

Then the second act gets more contemporary, with George Michael, *NSYNC, Michael Bublé, One Direction, A Great Big World, and Pharrell Williams. We of course end with that boy band of all boy bands, the Village People.

A: Exactly! It does kind of feel like two different things. We just wanted it to feel much more like a party than a concert. We’re just working on this idea right now of getting song leaders to teach our audience some choreography—some simple moves so that we get everybody involved in the party that’s happening on the stage.

Q: Sounds like a great way to shake off the dregs of winter and get ready for spring.

A: That’s the goal of this show! It’s so much fun to sing this music. I just sit there and grin throughout every rehearsal.