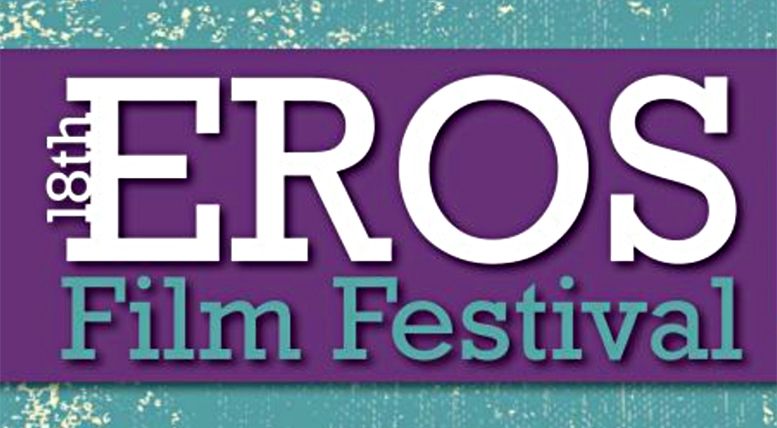 HARTFORD, Conn.—Out Film CT, the organizer of Connecticut’s two annual LGBT film festivals, announces the lineup for the 18th EROS Film Festival, running November 9 – 12 at Cinestudio, on the campus of Trinity College. The festival is sponsored by EROS (Encouraging Respect Of Sexualities), Trinity’s LGBTQQIA – lesbian, gay, bisexual, transgender, questioning, queer, intersex, asexual – student organization, and offers a selection of feature films that speak to the humanity of all people, regardless of sexual orientation, gender identity or gender expression.

“Whether they reveal the past or illuminate the present, or just tell a griping story, really good films transport you into someone else’s world and help you understand life from a different perspective. All of the films in this year’s EROS Festival do just that,” said Festival Director Shane Engstrom.

The EROS Film Festival lineup is below:

Reel in the Closet (Wednesday, 11/9 @ 7:30 p.m.) While the LGBT community began to experience greater visibility in the wake of 1969’s Stonewall riots, previous generations had lived quietly, out of the public eye. Stu Maddux reveals this hidden history by unearthing a treasure trove of rare home movies made by gay people – some dating to the 1930s – that have long languished in the back of people’s closets. Projecting the viewer back in time, these private moments open a fascinating window into the surprising vibrancy of unheralded LGBT lives.

Real Boy (Thursday, 11/10 @ 7:30 p.m.) This is the coming-of-age story of Bennett Wallace, a transgender teenager on a journey to find his voice – as a musician, a friend, a son, and a man. As he navigates the ups and downs of young adulthood, Bennett works to gain the love and support of his mother, who has deep misgivings about her child’s transition. Along the way, he forges a powerful friendship with his idol, Joe Stevens, a celebrated transgender musician with his own demons to fight.

Watermelon Woman (Friday, 11/11 @ 7:30 p.m.) A classic returns to the screen in this 20th anniversary re-release. Cheryl Dunye’s debut feature is as controversial as it is sexy and funny. Cheryl is a twenty-something black lesbian working as a clerk in a video store while struggling to make a documentary about Fae Richards, an obscure black actress from the 1930s. Cheryl is surprised to discover that Richards (known popularly as “the Watermelon Woman”) had a white lesbian lover. At the same time, Cheryl falls in love with a very cute white customer at the video store (Guinevere Turner from Go Fish).

Arianna (Saturday, 11/12 @ 2:30 p.m.) Arianna explains that she was born three times: once as a boy, once as a girl and a third time during the decisive summer at her family’s old country home. Despite her age, her breasts still don’t seem fully developed, she has never had her period and sex is unknown territory. When she is confronted with her younger cousin who has blossomed into a woman, Arianna sets out to answer fundamental questions about life that she has had, subconsciously or otherwise, for years. In Italian with English subtitles.

Being 17 (Saturday, 11/12 @ 7:30 p.m.) This is a moving exploration of adolescent sexual awakening from renowned French director André Téchiné (Wild Reeds). Damien and Thomas are French teenagers from very different upbringings who go to the same high school but can’t stand each other. When circumstances bring Damien’s mother to invite Thomas to live with them, the young men are forced to coexist and work through their emerging attraction and complicated desires. In French with English subtitles.

Out Film CT is a nonprofit cultural organization dedicated to presenting outstanding LGBT cinema and other theatrical events throughout the year, including Second Thursdays Cinema, culminating in the nine-day Connecticut LGBT Film Festival. Connecticut’s longest-running film festival holds a special place in our state’s cultural landscape, bringing the community together to introduce, celebrate and rediscover the ideas and values that make the LGBT community unique. Mark your calendars for the 30th annual Connecticut LGBT Film Festival, June 2 – 10, 2017.