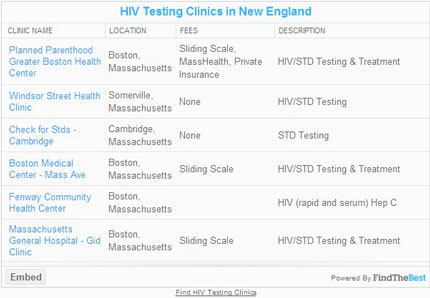 In the United States, the very first cases of HIV were discovered in the late 1960’s and early 1970’s. Poor understanding and misguided homophobic sentiments lead scientists into naming the virus “GRID”, or “Gay Related Immune Deficiency.” Although many of the first cases and deaths related to HIV did indeed afflict members of the gay community, the spread of the virus in hemophiliacs, patients who received contaminated blood transfusions, and intravenous drug users was the harrowing sign that HIV did not exclusively manifest itself in any one community.

Despite the epidemic spread of HIV among people of all identities and genders in the United States, public vitriol and homophobia was violently directed towards the LGBTQ community. Even though “GRID” no longer had any scientific or medical accuracy in describing HIV/AIDS, socially entrenched heteronormativity fueled discrimination against gays, lesbians, and bisexuals, which only worsened the conditions that led those communities to be disproportionately affected by the disease. Public oppression and the debilitating stigma that followed patients created an environment of fear, which discouraged individuals from seeking treatment, exacerbated misinformation about the scientific mechanism of HIV, and increased participation in the risky behaviors that spread the disease. Especially in communities of color, homophobia and gaping economic disparities resulted in ever more decreased access to health resources.

Rise of Public Advocacy & Government Action
As prominent individuals succumbed to the disease, HIV/AIDS was de-contextualized as an affliction that was restricted to the gay and lesbian community. The 1990’s represented a paradigm shift in discussion of the disease and large public health initiatives and legislation were enacted to battle its spread.  In 1990, the Ryan White Comprehensive AIDS Resources Emergency Act (colloquially known as the Ryan White Care Act) was passed, with it being the largest federal program for individuals living with HIV/AIDS.  This massive piece of legislation comprehensively addressed treatment, funding for health care providers, and support for low-income and uninsured individuals. Moreover, the groundbreaking medical advancement in treatment – the discovery of the anti-retroviral drug cocktails – extended lives and drastically improved long-term outcomes for patients.

Despite HIV/AIDS moving to the forefront of government policy and medical research, it remains one of the most stigmatized diseases in the United States. The historical legacy of the homophobia that accompanied the disease perpetuates today; battling stigma remains one of the challenges of LGBTQ activists.

The Status of HIV/AIDS Today
HIV/AIDS is a serious health concern for LGBTQ communities, in regards to both prevention and treatment.  According to the CDC, over 1 million people in the United States are living with HIV, with gay, bisexual, and other men who have sex with men at the highest risk for infection. In addition, African Americans are disproportionately at risk for infection compared to individuals of other races. Not only is HIV/AIDS a paramount challenge for medicine, its proliferation represents the intersection of many oppressive social structures, particularly homophobia and racism.

Education and prevention are of significant importance in containing the disease – testing should be accessible and safe for individuals of all identities to seek out. Because of the factors which preclude people from utilizing testing resources, FindtheBest, a company whose data platform has been applied to multiple areas of healthcare, has a free testing center locator and tool that is entirely anonymous and filterable by a number of characteristics. In light of National HIV Testing Day, we bring this resource to The Rainbow Times in solidarity with LGBTQ health advocacy initiatives.

Find a testing clinic near you: http://std-clinics.findthebest.com/d/b/HIV-Testing.