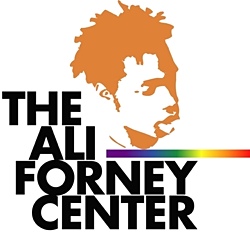 NEW YORK, NY — Carl Siciliano, Executive Director of The Ali Forney Center (AFC) – the nation’s largest organization working on behalf of runaway and homeless lesbian, gay, bisexual, and transgender (LGBT) youth – today released an essay and a set of videos calling on Christians to recognize that the anti-LGBT climate in many churches results in the parental abuse and rejection of LGBT teens, with many parents consequently putting them out on the streets, leaving them homeless.

The videos feature clients of the Ali Forney Center describing instances of physical abuse, psychological torment, and rejection they suffered in Christian households, driving them out of their own homes. Incidents described by the youths include a client being strangled by his father, a Southern Baptist minister, during a homophobic rage, and another made to stay up all night reciting biblical verses condemning homosexuality.

Says Siciliano: “I hope that this project will help open-hearted Christians understand that the anti-LGBT climate in too many churches fosters an environment where hundreds of thousands of LGBT teens are being abused and rejected, and that they must speak up  for these voiceless children.”

In the accompanying essay, Siciliano writes: “Decent people do not stand by in silence when children are being abused. We need to recognize that the condemnation of LGBT people in churches leads to the abuse and rejection of LGBT children in far too many Christian homes. As Christians commanded to love one another, we need to demand that this climate of rejection stops.”

A recent study on the impact of family rejection of LGBT youth by the Family Acceptance Project at the University of San Francisco found that parents who identify as “strongly religious” were significantly more likely to reject their children. According to a study by the Center for American Progress, there are an estimated 320,000 to 400,000 homeless LGBT youth in the United States, with family rejection being the leading cause of homelessness.

The Ali Forney Center (AFC) was started in June of 2002 in response to the lack of safe shelter for LGBT youth in New York City. The Center is committed to providing these young people with safe, dignified, nurturing environments where their needs can be met, and where they can begin to put their lives back together. AFC is dedicated to promoting awareness of the plight of homeless LGBT youth in the United States with the goal of generating responses on local and national levels from government funders, foundations, and the LGBT community. For more information, see www.aliforneycenter.org.

The Others: The Real Cost of Dehumanization Based on Differences

Skye High’s From Darkness to Diva