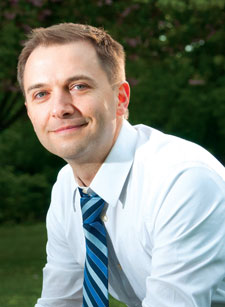 “Since the beginning of the AIDS epidemic, Massachusetts has wisely invested resources in fighting HIV. As a result, the state is a national leader in reducing new diagnoses of HIV and improving the health of those living with HIV. This success is one of the few victories in public health in Massachusetts that has not only improved lives, but also saved the state hundreds of millions of dollars in HIV-related health care costs. [pullquote]“… But in recent years, the reduction in new HIV diagnoses has plateaued around 700 per year. With new breakthroughs in treatment and prevention of HIV, now is the time to make an increased investment in the HIV/AIDS line item and potentially break through the plateau in HIV diagnoses and get to zero new infections. …—Carl Sciortino, ED, AIDS Action Committee[/pullquote]

“But in recent years, the reduction in new HIV diagnoses has plateaued around 700 per year. With new breakthroughs in treatment and prevention of HIV, now is the time to make an increased investment in the HIV/AIDS line item and potentially break through the plateau in HIV diagnoses and get to zero new infections.

“Just two years ago, the FDA approved a new tool, Pre-Exposure Prophylaxis (PrEP), which could dramatically reduce the spread of HIV. By taking just one pill per day, those who are uniquely vulnerable to HIV infection can significantly reduce their risk. Despite its effectiveness as a prevention tool, few of those in the Commonwealth who could benefit from it even know about it. By broadly educating the public about PrEP, which is already covered by health insurers, Massachusetts once again has a unique opportunity to lead the nation in HIV treatment, education, and prevention.

“Meanwhile, the work of improving the health of those already living with HIV must continue. Since 2000, the numbers of those living with HIV in the state has increased 49 percent. These are some of the Commonwealth’s most vulnerable residents: Black and Latino men and women; gay and bisexual men; transgender women; people who are homeless, particularly young people; and those who are incarcerated.

“In Massachusetts, public spending should be aligned with effective, successful programs. Such programs not only improve lives, but yield a substantial return on investment. Since 2000, HIV diagnoses in Massachusetts have been cut by 41 percent, which has meant that thousands of people who might have become HIV positive have been spared the risks to health that can come with HIV. The state, meanwhile, will save an estimated $1.7 billion in avoided HIV-related health care costs.

“In FY2016, we need an investment of $35.2 million in the HIV/AIDS and viral hepatitis line item (4512-0103). This would include $1 million in increased funding for HIV prevention, including scaling up public education efforts around the efficacy of PrEP; $1 million to support the growing need for support services and to connect people living with HIV to care; and $1 million to fund the Hepatitis C initiative adopted by the legislature last year to increase Hepatitis C surveillance, testing, and access to treatment.

“Such investment in public health is what smart governance looks like. It’s what we have come to expect from our lawmakers in Massachusetts, and it’s what taxpayers deserve.”

AIDS Action Committee of Massachusetts is the state’s leading provider of prevention and wellness services for people vulnerable to HIV infection. It provides services to people in Massachusetts living with an HIV diagnosis. These services include HIV counseling and testing; needle exchange; mental health counseling; housing assistance; and legal services. AIDS Action works to prevent new HIV infections, support those affected by HIV, and tackle the root causes of HIV/AIDS by educating the public and health professionals about HIV prevention and care; and advocating for fair and effective HIV/AIDS policy at the city, state, and federal levels. Founded in 1983, AIDS Action Committee of Massachusetts is New England’s first and largest AIDS service organization. In 2013, AIDS Action formed a strategic alliance with Fenway Health that will allow the two organizations to work more closely together and improve delivery of care and services to people living with HIV/AIDS. Learn more at www.aac.org.