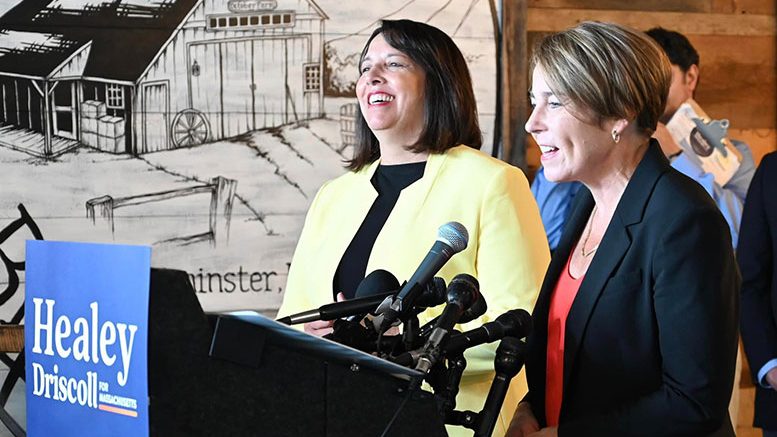 Healey Makes history as the First Elected Woman Governor & the First Out Lesbian in the Commonwealth, Shattering the Lavender Ceiling; Driscoll the First Woman of Color

BOSTON—Massachusetts Attorney General Maura Healey and Salem Mayor Kim Driscoll won by a landslide (86% – 12%), according to various media outlets. Healey defeated Republican and Trump endorsee Geoff Diehl. Their win marks the return of the governor’s office to the Democrats, after 8 years of Republican control.

“As attorney general, Maura has used the power of the legal system to fight the opioid epidemic, protect our environment, safeguard LGBTQ rights and so much more,” said Mayor Annise Parker, President & CEO of LGBTQ Victory Fund. “She knows how to disrupt the status quo and get real change done on behalf of her constituents. 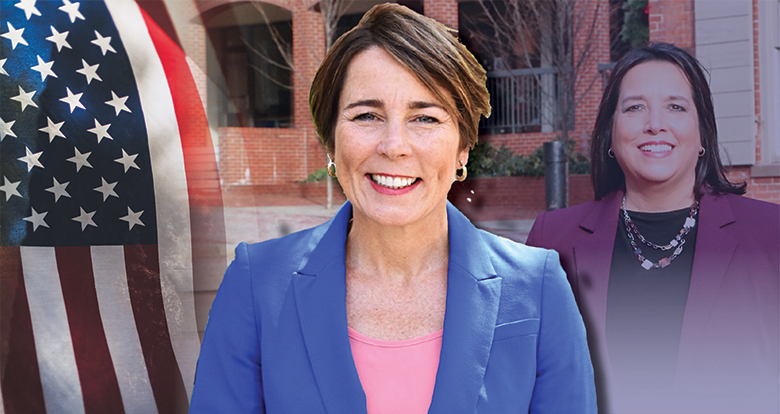 Healey & Driscoll earned The Rainbow Times’ full endorsement, here they are on the photo that doubles as the cover of the October 2022 issue of the publication. Photo: FB

“As governor, we are confident she will leverage this experience to help create a more just future for all Massachusetts residents, especially LGBTQ kids who’ve felt the brunt of anti-LGBTQ attacks this year. Her success tonight is a clear sign that our collective perseverance and grit will ultimately win out over the wave of intolerance sweeping our country.”

Both, Healey and Driscoll were earlier endorsed by The Rainbow Times because of their support for marginalized communities, specifically the LGBTQIA+ community living in the commonwealth, amongst many other things . Healey and Driscoll’s administration will work with the Democrat-majority state legislature (only 3 Republicans in the state Senate, as reported by the Huffington Post), and alongside another woman, Boston Mayor Michelle Wu (a female powerhouse on Beacon Hill).

And their standing on so many issues prior to this run made them a favorite, as shown by the voting results. They serve as role models and a beacon of hope to women and girls everywhere, as well as LGBTQIA+ community members, whose lives and rights are constantly under scrutiny and in peril.

“With a distinguished and progressive record of standing strong with unfaltering tenacity, Healey & Driscoll fight for what is not only grounded in truth and justice, but they have and will continue to make decisions based on intelligence and experience, humility and integrity – with equity and inclusion,” read a part of The Rainbow Times’ endorsement. “They, we believe, will continue to open opportunities for the Commonwealth where everyone is given a fair shot at success. Our past is the greatest predictor of the future, and the Healey/Driscoll ticket has already solidified that and given us something to look forward to in the years to come.”

More as this story develops.