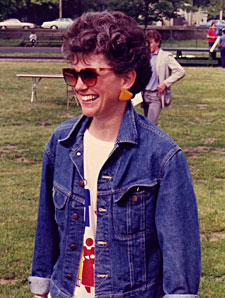 BOSTON, Mass.—To honor the 30th anniversary of the AIDS Walk Boston & 5K Run on June 7, the event will return to Boston Common, where the first walk took place. The annual fundraiser for the AIDS Action Committee of Massachusetts (AAC) continues to be New England’s largest HIV/AIDS awareness event, attracting thousands of participants who walk for different reasons, all in support of AAC and its work to prevent new infections, maximize the health outcomes of those infected, and to end the epidemic here in the Commonwealth.

AAC Executive Director Carl Sciortino said the event will honor those who came before them but also look ahead to the future.

“It’s a chance to tell our story on how far we have come,” Sciortino said. “We are writing the final chapter now.”

According to Sciortino, this year’s walk will feature archives of old photos from the first walk 30 years ago.

“In the pictures, you can see people really struggling,” he said. “They will be with us in spirit.”

“We wanted to have an event that would unify people,” Page remembered.

“There was this major shoe company that we knew was coming out with a new shoe that spring so we thought they would be perfect sponsors,” said Page. “We made this huge presentation in front of them and asked them to be the first major financial sponsor and they said no. So, then we asked if they could donate shoes to the walk and not only did they said no but they also said we couldn’t even buy shoes if it was going to be associated with the walk. That’s how far the corporate world wanted to say away from AIDS.”

Page also said participants of that first walk worried about their safety.

“We didn’t even know if we were going to get booed, picketed or shot at. It was such a different time then. This was when people were afraid to touch people with AIDS,” Page said.

The first walk became a moving event for everyone involved.

“It was very emotional. This was long before there was medicine that could save lives or even extend lives. People were dying alone or in the arms of friends because their families abandoned them,” Page recalled. “It was like a wave of love and acceptance was washing over them. We knew we were all in this together.”

The discussion surrounding AIDS have evolved with the times. The focus of the walk 30 years ago was to unify a community, and now it’s to put an end to the disease.

“We want to get down to zero new infections. I think that is truly possible in our time period,” Sciortino said.

Sciortino did admit that sometimes people, especially the younger generation, now believe AIDS is an issue of the past.

“People are still living with this and struggling. We need to finish what we started 30 years ago,” he said.

The walk this year is also taking place during Boston Pride.

“We have always worked with Boston Pride when we can,” Sciortino said. “I think the AIDS movement really transformed how America saw the gay community. They started to see the gay community as humans with families.”