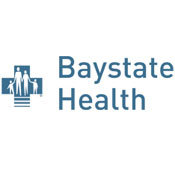 J. Aleah Nesteby, NP, who believes in creating a culture of respect for all, has channeled her experience as part of the Lesbian, Gay, Bisexual, Transgender and Queer (LGBTQ) community into her work as a nurse practitioner at Baystate High Street Health Center Adult Medicine in Springfield, Mass., with a special interest in treating transgender patients.

‘Transgender’ is used to refer to someone whose gender identity does not match their biological sex. Transgender people may choose to take medication or undergo surgery to help their body match their gender identity, which can be a long and sometimes stressful process.  “Transgender individuals face widespread discrimination, barriers to care and even violence in their communities, and Western Massachusetts is no exception,” she says.  “However, as employees of Baystate Health, we have a chance to challenge the status quo, transform people’s experiences within the health care system and create a culture of respect for all.”

While acknowledging that there are still incidents of violence and discrimination directed at the LGBTQ community, she believes that times are changing and people are becoming more accepting of others whose sexual orientation or gender identity may be different than their own.  Her work at High Street Health Center has shown that Baystate Health is moving towards a culture of respect and understanding for patients of any sexual orientation or gender identity.

“We need to respect people for who they are,” says Nesteby, who lives with her partner of six years and their 14-month-old daughter.  “I am lucky to live in western Massachusetts, where my family is treated equally and my sexual orientation has, as often as not, been a non-issue.  Everyone deserves that same respect.”

Nesteby first developed an interest in transgender health when she lived in San Francisco, where the health care disparities faced by the city’s transgender population hit home.  “Watching transgender friends struggle to find a sensitive, competent health care provider really affected me,” she says.  “It was very apparent that more providers were needed–not just in San Francisco but all over the country.”  In her studies at the MGH Institute of Health Professions (a graduate school founded by Massachusetts General Hospital), she was active in educating her fellow students and faculty members.  “People want to learn.  They want to be respectful.  Sometimes they just don’t know the right words to use, or the right place to look for information.”

“Inclusion, by definition, encompasses all aspects of diversity,” said Visael “Bobby” Rodriguez, Baystate Health’s chief diversity officer. “As we work to achieve greater inclusion, the LGBTQ community will be an important partner for us–one that will be strongly reflected in our workforce and in our patient population.”

“There are resources available to help staff at Baystate Health learn more about culturally competent care for transgender patients,” adds Nesteby. “Many transgender patients feel that they are in the position of educating their medical providers, but we don’t have to ask the patient to teach us how to care for them.  We can educate ourselves.”

Nesteby adds that she has been pleasantly surprised by her co-workers’ commitment to respecting all patients, including the growing number of transgender patients at the High Street Health Center.  “Of course there were some awkward moments, as people got used to new ideas and new ways of addressing people, but overall, the interactions have been positive. People have really demonstrated a commitment to upholding Baystate Health’s mission, regardless of how a patient may present or identify themselves.”

Baystate Health is a proud recipient of the Human Rights Campaign Foundation’s “Leader in LGBT Healthcare Equality” award and believes that all patients have the right to treatment free of discrimination regardless of sexual orientation and gender identity or expression.  To check out Baystate Health’s commitment to diversity and inclusion, see the health system’s patient rights policy, or find a doctor, go to www.baystatehealth.org.