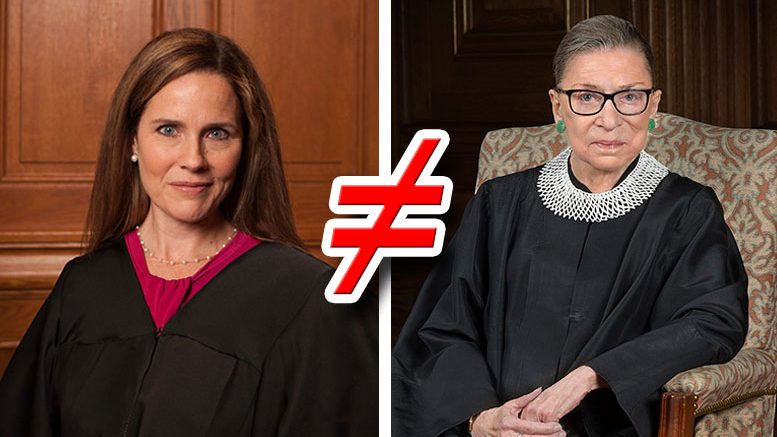 Organizations Chime in on how Barrett used the term “sexual preference” when speaking about the LGBTQ+ community. “This is why so many people, including many parents who send their children to conversion therapy, think being LGBTQ is a choice. As judges know, language matters.”

LGBTQ+ organizations have cautioned against the use of the obsolete term “preference” for many years because of its false and harmful implication that an individual’s sexual orientation is a choice that can be changed.

Medically, the American Psychological Association (APA) has used guidelines to explain how heterosexual bias can be present in terminology and how to avoid it.

The damage such words cause to LGBTQ+ and LGBTQ youth of color and other populations is incalculable.

“Conversion therapy preys on vulnerable families and youth by promoting the deadly lie that being LGBTQ is a choice,” said Mathew Shurka, Born Perfect Co-Founder and Chief Strategist. “Believing that lie has caused incalculable damage to LGBTQ young people, who urgently need to know that they are born perfect. We hope that Judge Amy Coney Barrett and all people in positions of visibility and influence will consider the impact of their words on these vulnerable youth.”

The APA has further stated, via a journal published in September 1991, Volume 46, Issue No. 9, 973-974 that “preference” implies bias when used to describe the sexual attraction people share in same-sex relationships, medically referred to as sexual orientation.

“The term sexual orientation is preferred to sexual preference for psychological writing and refers to sexual and affectional relationships of lesbian, gay, bisexual, and heterosexual people,” the document read. “The word preference suggests a degree of voluntary choice that is not necessarily reported by lesbians and gay men and that has not been demonstrated in psychological research.”

Sexual preference, on the other hand, APA suggests, implies the presence of a choice for members of the LGBTQ+ community.

“When Amy Coney Barrett used the term ’sexual preference’ in her testimony before the Senate today, she perpetuated the dangerous and false stereotype that being LGBTQ is not a fundamental aspect of identity, but a mere ’preference,’ said Shannon Minter, National Center for Lesbian Right (NCLR) Legal Director. “This is why so many people, including many parents who send their children to conversion therapy, think being LGBTQ is a choice. As judges know, language matters.”

“Many think that nature and nurture both play complex roles; most people experience little or no sense of choice about their sexual orientation,” added the APA.

Page 8 of the 10th GLAAD Media Reference Guide states that the term “sexual preference” is typically used to suggest that being attracted to the same sex is a choice and therefore can and should be “cured.” Nevertheless, Judge Barrett used the term today, during the SCOTUS Hearings of 2020—something that in this day and age displays the potential bias that this Trump Appointee is already showing against the LGBTQ+ community. Barrett is set to replace the seat that Justice Ruth Bader Ginsburg held for so many years.

The Rainbow Times‘ exclusive story on the GOP’s rushed Barrett’s hearings prior to them happening read: “Barrett’s appointment threatens to turn back decades of progress for LGBTQ+ and women’s reproductive rights, transgender rights and protections, healthcare for over 20 million Americans, and many more reported this publication.

A former clerk to the unapologetically Conservative Supreme Court Justice Antonin Scalia, who once compared same-sex marriage to eventual bestiality, said that “Barrett was Trump’s pick for a seat on the 7th U.S. Circuit Court of Appeals,” a CNN report read.”